NCERT solutions for class 11 biology chapter 9 biomolecules: Do you know that there is a wide diversity in living organisms in our biosphere. Now the question that arises in our minds is: Are all living organisms made of the same chemicals, i.e., elements and compounds? As in the NCERT solutions for class 11 biology chapter 9 biomolecules you will get questions along with their answers and all will be related to the biomolecules. You have learnt in chemistry how elemental analysis is performed. If we perform such an analysis on plant tissue, animal tissue or a microbial paste, we obtain a list of elements like carbon, hydrogen, oxygen and several others and their respective content per unit mass of living tissue. Chapter 9 Biomolecules, will tell you that, what type of organic compounds are found in living organisms? How does one go about finding the answer? To get an answer, one has to go with CBSE NCERT solutions for class 11 biology chapter 9 biomolecules. An examination reveals that the relative abundance of carbon, hydrogen, and oxygen is higher in living systems when compared to inanimate matter. With the help of NCERT solutions, you will get the answer of all the questions of NCERT.

Biology class 11: Biomolecules class 11 NCERT: To understand the biomolecules class 11 NCERT solutions you have to learn that nucleic acids are served as genetic material and polysaccharides are components of the cell wall in plants, fungi and also of the exoskeleton of arthropods. They are also considered as storage forms of energy (e.g., starch and glycogen). Many of them are enzymes, some are antibodies, some are receptors, some are hormones and some others are structural proteins.

After going through solutions of biomolecules NCERT biology line by line, you must be able to understand all the answer the questions which are given in biomolecules class 11 NCERT pdf:

Q1. What are macromolecules? Give examples .

The large sized complex molecules that get separated in acid-insoluble fraction using trichloroacetic acid are called macromolecules. These are polymers having a molecular mass of 10,000 daltons or more. Examples of macromolecules include proteins, carbohydrates, nucleic acids etc. Lipids are found to be present in the acid-insoluble fraction, however, they are not of high molecular weight.

Q2. Illustrate a glycosidic, peptide and a phospho-diester bond. 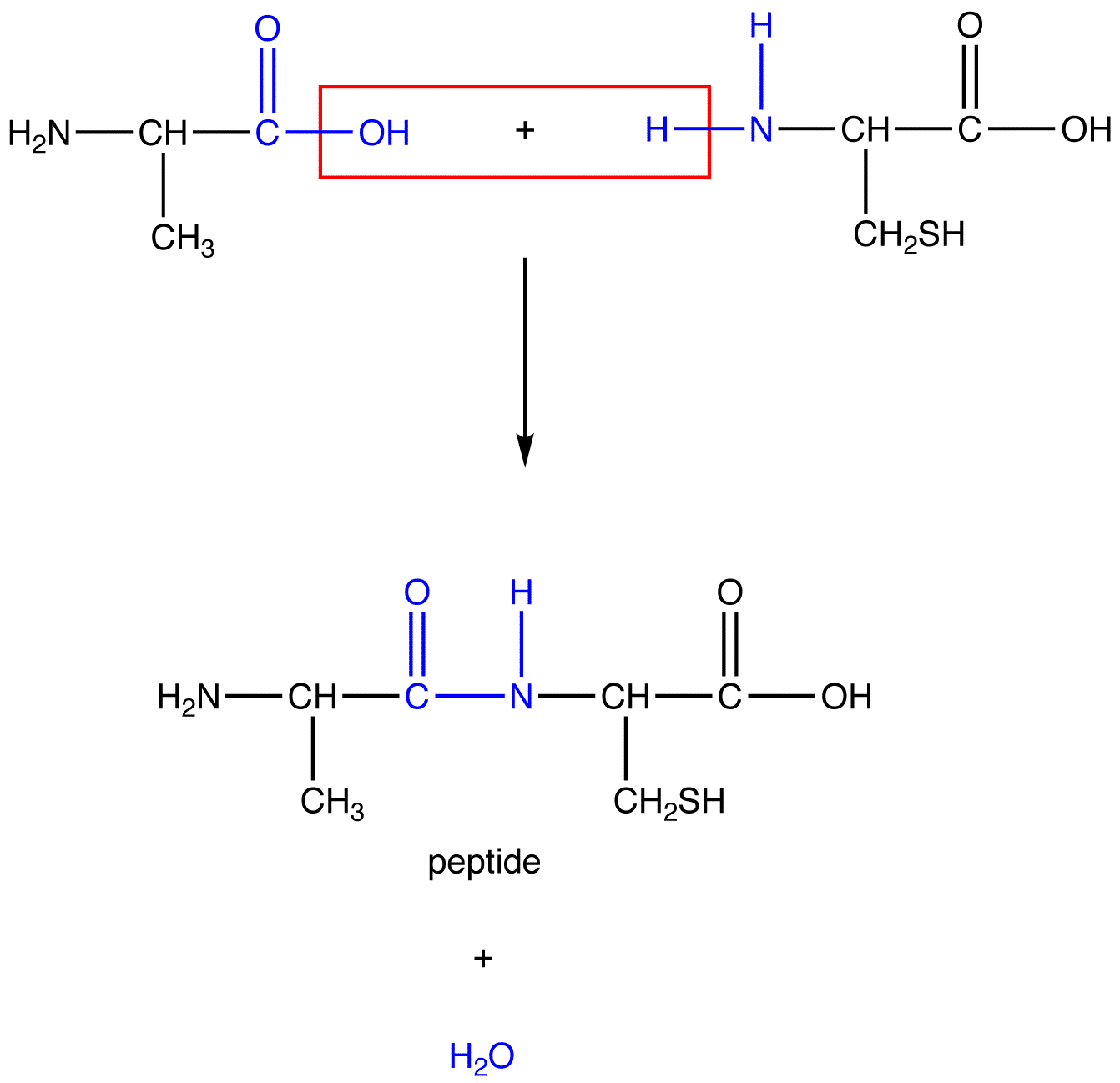 3. What is meant by tertiary structure of proteins?

Q4. Find and write down structures of 10 interesting small molecular weight biomolecules. Find if there is any industry which manufactures the compounds by isolation. Find out who are the buyers.

The structures of 10 small molecular weight biomolecules are as follows 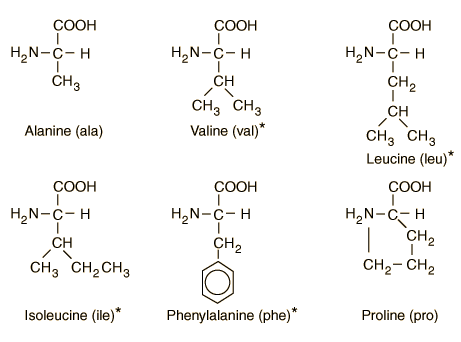 These biomolecules are manufactured in biotechnology industries.

6. Find out and make a list of proteins used as therapeutic agents. Find other applications of proteins (e.g., Cosmetics etc.)

Other applications of proteins are

1. As cosmetics- Protein such as casein is used in beauty creams, shampoos etc.

Q7. Explain the composition of triglyceride. 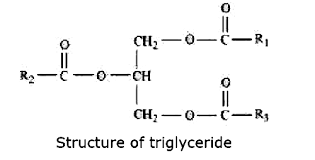 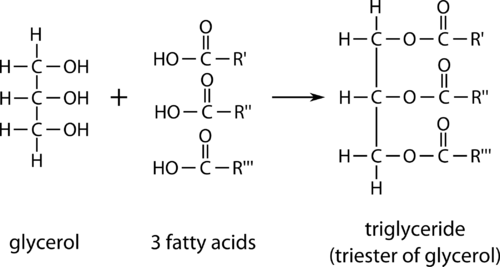 Q8. Can you describe what happens when milk is converted into curd or yoghurt, from your understanding of proteins.

Milk contains a protein called casein. When we add a little amount of curd to the milk, the protein casein gets coagulated due to the action of lactic acid bacteria and as a result of this milk is converted into curd. Coagulation disrupts the structure of the protein casein.

Yes, we can attempt building models of biomolecules using commercially available atomic models such as ball and stick models. In these models, the stick is assumed to be bond while balls of different colours are assumed to be atoms.

Q10. Attempt titrating an amino acid against a weak base and discover the number of dissociating ( ionizable ) functional groups in the amino acid.

When we titrate an amino acid against a weak base, it dissociates into its functional groups i.e. -COOH (carboxylic group) and -NH (amino group)

Q11. Draw the structure of the amino acid, alanine.

The structure of amino acid alanine is represented below 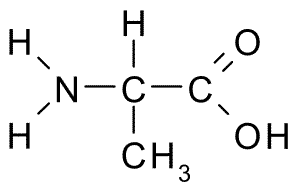 Q13. Find out a qualitative test for proteins, fats and oils, amino acids and test any fruit juice, saliva, sweat and urine for them.

The qualitative test for fats is emulsification test. In this test, the experimental material is treated with ethanol and then dissolved in water. Formation of emulsion confirms the presence of fats.

The qualitative test for oils is the paper test. The experimental material is put on a paper. If oil marks are left, the presence of oil is confirmed.

The qualitative test for amino acids is ninhydrin test.

Q14. Find out how much cellulose is made by all the plants in the biosphere and compare it with how much of paper is manufactured by man and hence what is the consumption of plant material by man annually. What a loss of vegetation!

Paper is made up of pulp of wood which is mainly constituted by cellulose. The cellulose is a polymer of glucose molecules joined together. About 85 billion tonnes of cellulose is formed annually in the biosphere. Paper manufacture consumes 0.5 billion tonnes of wood. The increase in consumption of wood has led to a great loss in vegetation.

Enzymes are proteinaceous substances which are capable of catalysing chemical reactions of biological origin without themselves undergoing any change. They are commonly called as biocatalysts. The properties of enzymes are as follows:

1. Enzymes are proteins by nature

3. Optimum pH- Every enzyme has an optimum pH at which it is maximum active. Most of the intracellular enzymes work at neutral pH.

4. Enzymes are substrate specific i.e. one enzyme catalyses only a particular substrate. Every enzyme has specific sites called active sites for the binding of substrate.

5. Only a small quantity of enzyme is capable of forming the desired product

9.1 How to Analyse Chemical Composition?

9.8 Nature of Bond Linking Monomers in a Polymer

Question: What are the benefits of biomolecules class 11 ncert solutions?

Question: What are the different types of structures of biomacromolecules given biomolecules ncert biology?

Question: What are the important topics of ch 9 bio class 11?