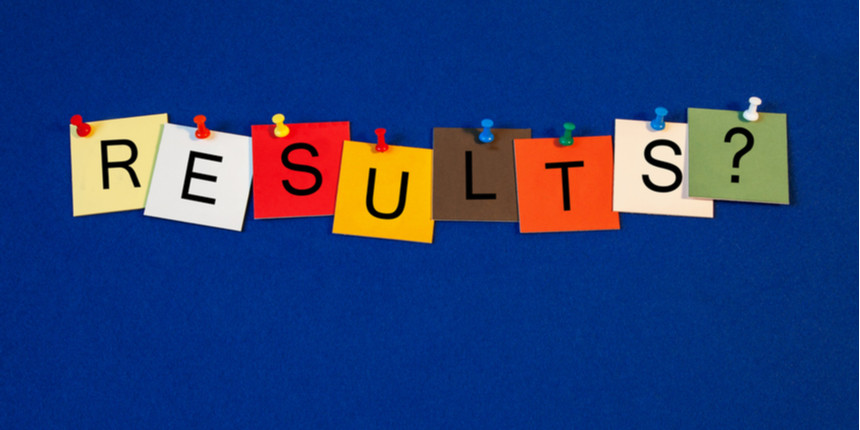 Refer to the table below to know the approaching events of Ambikapur Sainik School result 2023.

Follow the given steps to view the Ambikapur Sainik School result 2023.

The result of Sainik School Ambikapur contains the details which are mentioned in the points below.

NTA admits the candidates on the basis of two rounds of exams namely entrance test and medical test. After the conduction of the Sainik School entrance test, selected candidates are called for the second round medical exam. Students must go through the medical criteria of the school as admission will be denied if the same will not be up to the mark. The final merit list will be declared in April 2023 and selected students will be given Sainik School Ambikapur admission 2023.

The exam conducting body makes sure about the medical conditions of the candidate. According to them, there are few medical necessities that must be fulfilled by the candidate in order to get admitted in Sainik School. Read the information provided below to know in detail about the same.

NTA has some tie-breaking conditions which are applied at the time of tie between the marks of two students. Find below the tie-breaking criteria of Sainik Schools.

The cutoff marks are the minimum qualifying marks to get selected in the exam. Students can check their probable scores using the Sainik School answer key. We have provided the expected cutoff of Sainik School which is prepared on the basis of previous year cutoff. Students can refer to the table below to know their estimated scores and chances of selection in the school.

NTA provides reservation based on the category of students, girls, home state students, wards of defence personnel. Students appearing in the AISSEE 2023 should go through the Sainik School reservation criteria to know the complete details.

The final merit list will be released in April 2023. This Sainik School Ambikapur result merit list 2023 will be prepared by combining the marks of both the written test and medical test. The overall admission will be given to the wards in April 2023, tentatively. Students need to remember that they must carry the original copy of their documents at the time of admission for verification purpose.

The documents mentioned below must be carried by the students at the time of document verification. 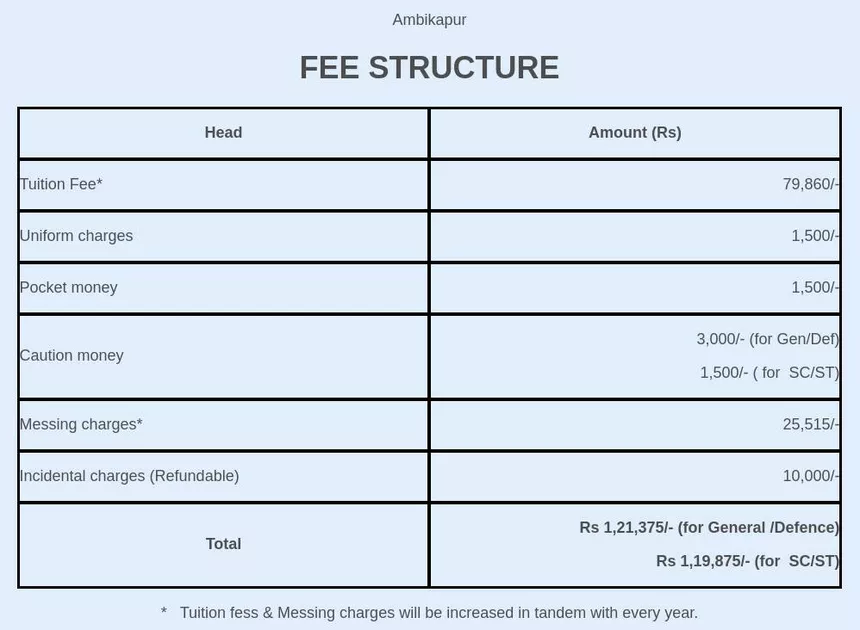 Several Scholarships are awarded by the Ministry of Defence and Chhattisgarh Government on the basis of parental income to the cadets of Sainik School Ambikapur. Check the National Scholarship portal to get to know about the state-level scholarships.

Question: What if I did not get qualified in the Medical examination?

Qualifying the medical examination is mandatory for admission in Sainik School.

Question: How can I check my Sainik School result for 2023?

Results is available on aissee.nta.nic.in.

Question: What is the tie breaking criteria for Sainik School Admissions?

In this case, students obtaining higher marks in Maths will be considered for admission.