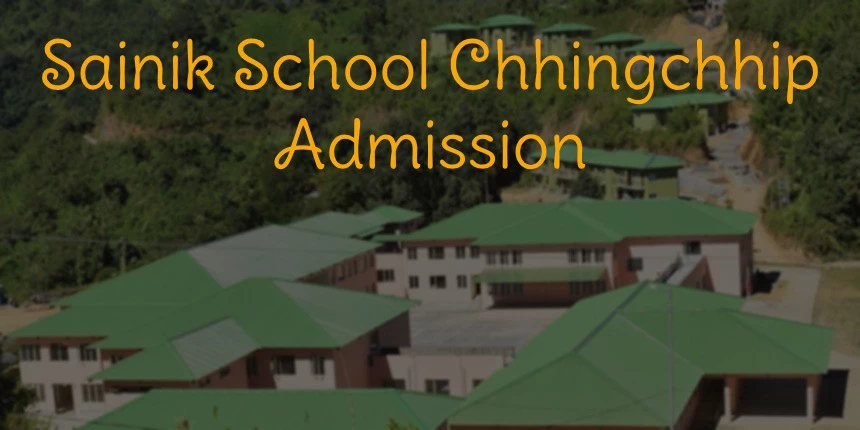 The AISSEE result 2023 is expected to be announced a month after the exam. Students will be able to access the AISSEE result from the official website - ntaresults.nic.in or aissee.nta.nic.in.

Students seeking admission in Sainik School Chhingchhip 2023 can refer to the tentative dates of all the events related to the Sainik School entrance exam 2023, AISSEE admit card 2023 and AISSEE result 2023.

National Testing Agency conducts the All India Sainik School Entrance Exam for Chhingchhip and 32 other Sainik Schools across India along with 18 new Sainik schools. Candidates seeking admission in Sainik School Chhingchhip will have to go through the following process:

Selected candidates will be called for a medical fitness test. Candidates who will not pass in the medical exam will not be considered for final selection.

A final merit list of the candidates selected for Sainik School Chhingchhip admission 2023 will be put up after the medical fitness test.

Students desiring for admission in Sainik School Chhingchhip 2023 must ensure that they fulfill the eligibility criteria to sit for the Sainik School entrance test 2023. Read below to know more about the same.

Candidates can follow the steps given below to register themselves and fill the application form for AISSEE exam 2023. The step by step process of registration and filling the Sainik School application form 2023 is as follows:

Note: Candidates must keep the Application number and password generated during registration process safe as they are essential credentials to view and download the AISSEE admit card 2023 and AISSEE result 2023.

Candidates must go through the AISSEE exam pattern so that they can prepare well for the same. In the tables given below Sainik School entrance exam pattern 2023 has been provided:

After getting acquainted with the AISSEE exam pattern 2023, students must go through the AISSEE syllabus 2023 and start with their preparation for the Sainik School entrance exam 2023. NTA AISSEE syllabus 2023 will make the candidates familiar with the topics that will be a part of the upcoming exam. Students can check the detailed Sainik school syllabus using the link. The subjects included in the AISSEE exam are given below:

The medical examination round for Sainik School Chhingchhip admissions 2023 is expected to be conducted in the month of March 2023. Students can read the pointers given below to know details about the physical fitness test:

Parents/Guardians of the candidates who will clear the AISSEE test 2023 and medical fitness round will be required to submit the official documents and certificates for verification. After the successful verification of documents, the school authority will confirm admission.

Fee and additional charges must be paid through a bank draft drawn in favour of Principal, Sainik School Chhingchhip which is payable at any nationalized banks at Chhingchhip. If the bank draft falls short then payment can be made through cash. 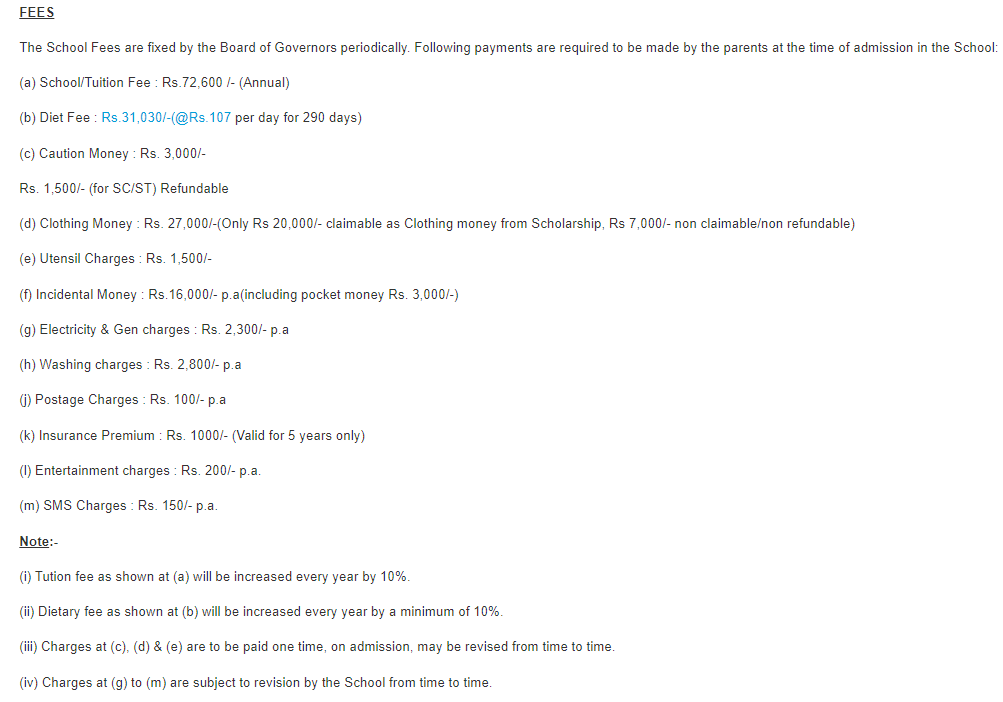 Cadets can avail various scholarships provided by Central/State Governments depending upon the parents’ monthly income and category. Visit the National Scholarship portal to get detailed information about state-level scholarships.

Question: When is the AISSEE 2023 going to be held?

Question: How will the final merit list be prepared?

Final merit list of Sainik school Chhingchhip admission 2023 will be prepared on the basis of the candidate’s performance in the written exam and medical exam.

Question: When will the medical examination round be held for Sainik School Chhingchhip admission 2023?

The medical fitness test round is expected to be conducted in March 2023 tentatively.