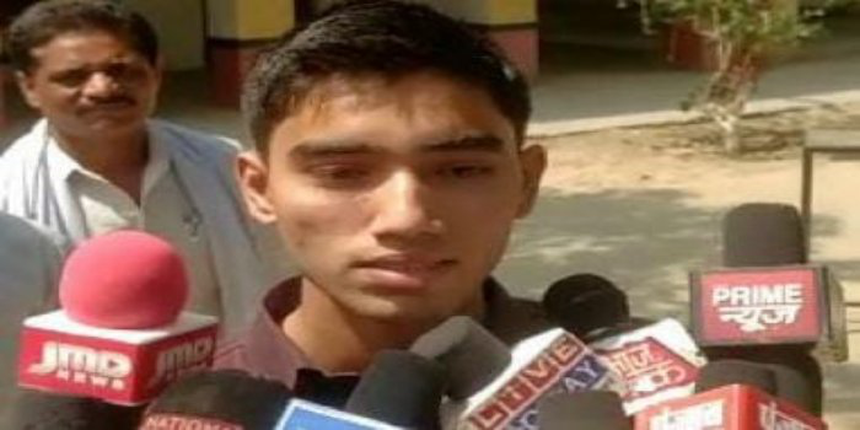 UP Board 12th 2018 Toppers – The result of UP Board 12th has been declared by Uttar Pradesh Madhyamik Shiksha Parishad (UPMSP) on April 29, 2018. The result has thrown up several stories of grit, motivation and inspiration. As per UP Board 12th Result 2018, Rajneesh Shukla from Fatehpur and Akash Maurya from Barabanki topped the examination by scoring 93.2 %. Rajneesh who is a son of a school attributed his success to teachers and parents. He used to study at least to six to seven hours. The second position has been bagged by Ananya Rai by securing 92.31%. The third position has been shared by Abhishek Kumar and Ajeet Patel, both of them secured 92.20%. The toppers shared their journey and endeavours that made them accomplish their dreams of achieving good ranks. Careers 360 has provided a brief profile of UP Board 12th 2018 Toppers.

UP Board 12th 2018 Toppers – Check their profile below

UP Board 12th Result

Students have to check UP Board 12th result online. For this, they are required to login with their year of examination, roll number and security code. Candidates can download the provision marksheet while the original marksheet and pass certificate will be issued by the board soon. The result of UP Board 12th displays a candidate’s name and roll number, subjects, marks and qualifying status. Students can access their result via SMS by typing UP12<space>Roll Number and send it to 56263.

UP Board 12th Verification of Marks

Candidates who are not satisfied with their result can apply for revaluation of result. Fot this, they are required to send their applications to Board within 30 days of declaration of result. The fees for verification is Rs 100 per subject and Rs 100 for practical.

UP Board 12th Result – What lies next?

The class 12th result decides the fate of the students who are all set to pursue higher education. It is the deciding factor to get admission into any degree course, integrated course or even a job.