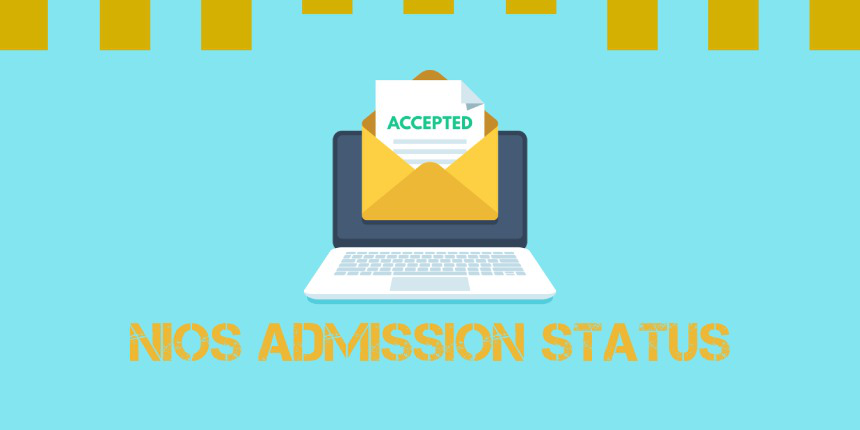 How to check NIOS admission status?

NIOS admission status window will look like as shown here: 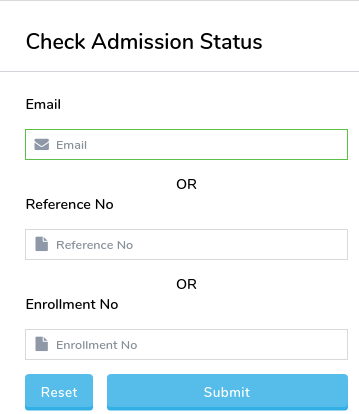 Visit the following links to know about NIOS 10th and 12th admission process.

NIOS Admission Status Dashboard will look like as shown below: 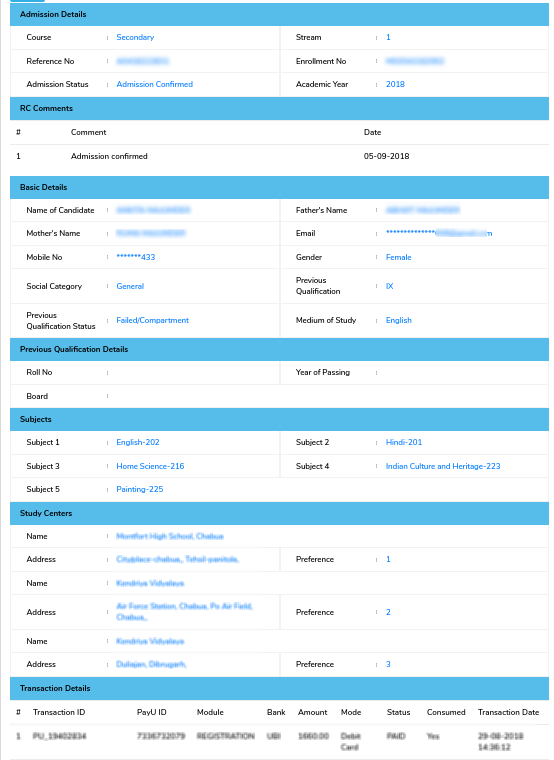 NIOS Admission Status 2020 – How is it Confirmed?

RC comments will show the following comment after confirming the admission:

What Hinders to confirm NIOS admission?

Fee to be Paid to Apply for Correction in Admission Record

Click here to know the procedure to apply for correction in NIOS admission records.

Question: How much time does NIOS take to confirm admission?

Usually, NIOS confirms admission within 2 months from the date registration. But some times, it can take some more time due to public examination or any other reasons.

Question: How can I check my NIOS admission year?

Question: Can I apply for correction in the date of birth after appearing for exams?

No, you can not apply for correction in DOB after appearing for the exams.

Question: Why is it not showing my admission status?

You should verify your reference number or email ID or enrollment number and ensure that it is correct. If credentials are correctly entered and it is not showing admission status then you should contact NIOS helpline by calling on a toll-free number: 1800-180-9393.

NIOS Subjects for Class 12 – Check the subjects available for ...

1 day ago
Read More
View All News and Articles

What should fill in the form of NIOS where option is given dual enrollment or part admission? Whether yes or No?

Under this provision, if in case a learner is studying in a regular school, or has already passed Secondary/ Senior Secondary examination or any other higher course from any recognized Board/University, he/she may opt for up to four subjects of his/her choice, to update knowledge and educational qualifications. However, on passing, only the Mark sheet will be issued and no other Certificate will be issued. The entry requirement for dual enrollment and part admission will be as per NIOS admission rules (Table-3 Entry Requirements).

sir, what is the fate of On-Demand Exams appeared by students in March 2020 for scoring higher marks? This will have great impact on the total marks and also future career. Thank you.

it actually depends  on the student on how he takes on the exams, he can make the best use of it in every terms , but what matters is that is he using a legal method or an illegal method of doing so,

the fate of this type of exams is decided in this way only,

there can be many advantages and disadvantages too-

ADVANTAGES OF ON DEMAND EXAMINATION

It Allows the student to get assessed when he/ she is ready.

Attempts to remove the stress of appearing in examination(s), whether for all subjects or in one subject at a fixed time and schedule.

Attempts to remove the threat of failure in examination.

(I) Unfair Checking of Exams

it actuall depends on us as how do we utilise the opportunity.

I hope that I have cleared your doubts

Class 10th exam dates r same july 22.It will held in the same institute which was given previous.

NEW ADMIT CARD POSPONED THIS EXAM IS 2021 HER

The official authority has not released any information or declaration of dates regarding the class 12 hall ticket yet. The hall ticket will soon be released and it will be notified in the official webpage. https://sdmis.nios.ac.in/search/hall-ticket

You can keep a regular check on this website, to get every updated information about the release of hall tickets. I hope this helps you!

Is there online mode of Class 12th examination IN NIOS?

Your NIOS Class 12 brochure has been successfully mailed to your registered email id .