Dussehra: History, Importance, And Why Do We Celebrate It?

At the conclusion of Navaratri every year, the festival of Vijayadashami, often referred to as Dussehra, Dasara, or Dashain, is one of the most important occasions. Dussehra is celebrated as the victory of Rama, a Vishnu avatar, over the ten-headed demon king Ravana, who kidnapped Rama's wife, Sita. The terms dasha ("ten") and hara ("defeat") in Sanskrit are the source of the festival's name. Dussehra, which commemorates the triumph of good over evil, is observed on the tenth day of Ashvina (September–October), the seventh month of the Hindu calendar, at the time of the full moon, often known as the "bright fortnight" (shukla paksha). The nine-day Navratri festival comes to an end on Dussehra, which also falls on the tenth day of the Durga Puja holiday. Many people start getting ready for Diwali, which falls 20 days following Dussehra. 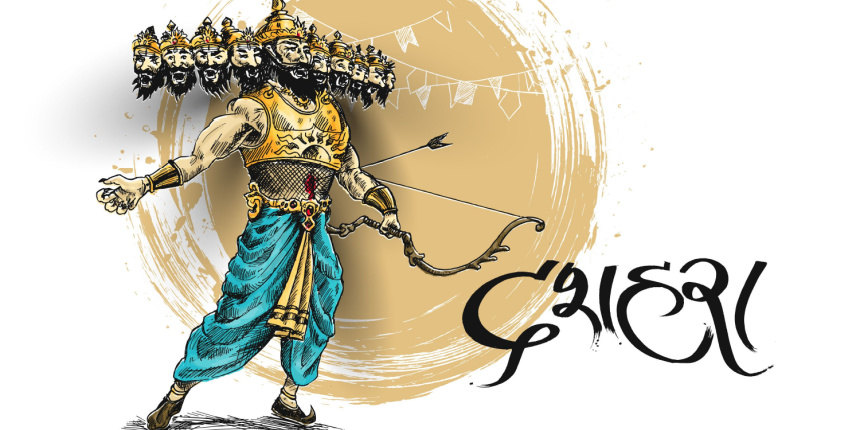 The Hindu epic Ramayana, which tells the story of Lord Rama, the eighth incarnation of Lord Vishnu, killing the ten-headed monster Ravana in the Sat-yuga after Ravana kidnapped Lord Rama's wife Sita, is the origin of the Dussehra festival

With the assistance of his brother Lakshman and his devotee Hanuman, Lord Rama travelled all the way to Lanka (Ravana's realm) in order to confront Ravana and win Sita back. In order to receive the protection of the goddess of courage and strength, Rama prayed to Durga while they were on the journey. Finally, Lord Rama defeated evil by killing Ravana. To commemorate this day, people mark Vijayadashami or the Dussehra festival, and Dussehra celebrations are held all around the country.

The reasons for commemorating Dussehra celebrations vary across the Indian subcontinent. Vijayadashami, which is celebrated in parts of southern, eastern, northeastern, and some of northern India, commemorates the end of Durga Puja. This honours the goddess Durga's victory over the beastly bull Mahishasura to uphold and restore dharma. In the states in the north, centre, and west, the occasion is frequently referred to as Dussehra (also spelled Dasara, Dashahara). It symbolises Rama's victory over Ravana and the conclusion of Ramlila. Alternately, it represents adoration for one of the goddess Devi's identities, such Durga or Saraswati.

What Should We Do On Dussehra In School?

What should we do on Dussehra in school? There are a lot of things for students to do in order to inculcate festive values in them. Here are a few-

“In 2020, for the Dussehra festival, K.R. Mangalam World School, Paschim Vihar planned fun-filled educational events, including a role-play in which young ones dressed up wonderfully to represent their Ramayana mythical character. In order to maintain the celebratory mood, the instructors also performed a digital version of the Ramayana for the children. This play emphasised the idea that good would always win over evil by illustrating Lord Rama's victory over Ravana. The celebration was a component of our 'learning by doing' philosophy. Children were taught the essential principles of our Indian epic, the Ramayana, which include honesty, respect, humility, and obedience.” says the school website. 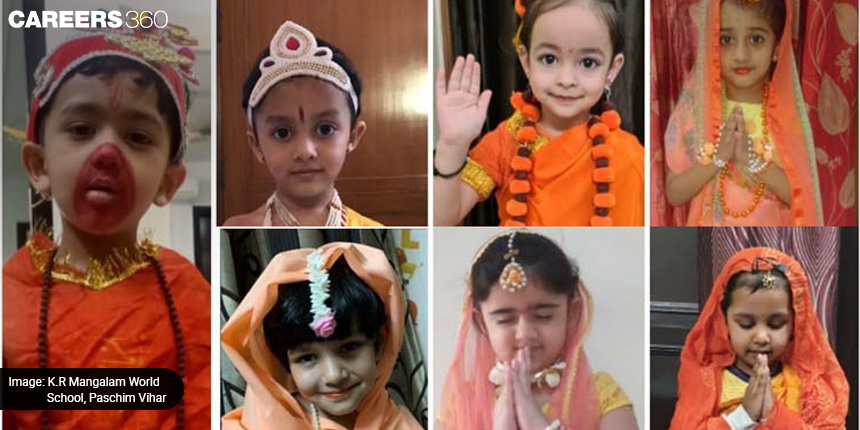 In 2020, Seth Anandram Jaipuria School, Lucknow had Dussehra celebrations. "With the use of recycled materials like newspaper, used clothing, ribbons, and threads, the kids had fun creating their own dandiya sticks. The youngsters were prepared to partake in the 'Garba night' with their parents after they had finished making the dandiya sticks. Class Nursery kicked off the festivities with a brief narrative of MahishasurVadh, Dussehra, and the birth of Goddess Durga. The youngsters were also informed about Navratri and how Durga Puja is celebrated in various cultures. As they created an effigy of Ravana, the kids appeared to be having fun. Now that they had their own Ravan prepared for burning, they could enjoy the holiday without going outside as they did each year.” says the school website. 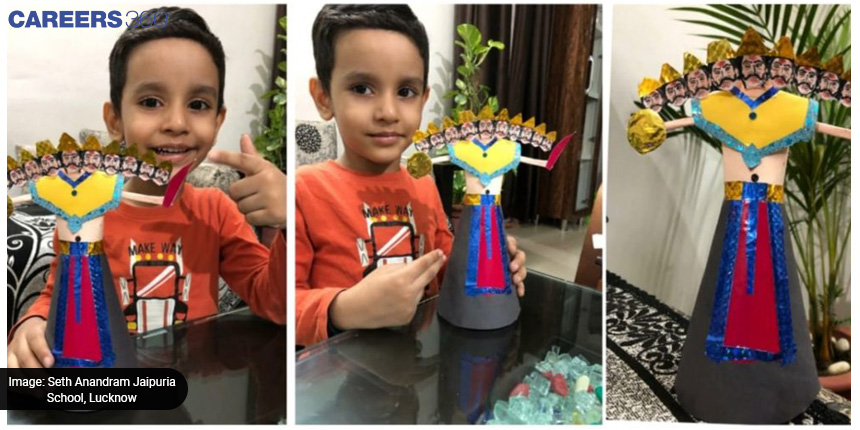 For as long as can be recalled, Dussehra celebrations in Indian culture have included dancing and merriment for communities. Regardless of caste, creed, or religion, everyone who lives in this country celebrates the Vijayadashami or Dussehra celebration, and it should be done so with joy and love.

Motivational Speech For Students
Dussehra: History, Importance, And Why Do We Celebrate It?
Applications Open