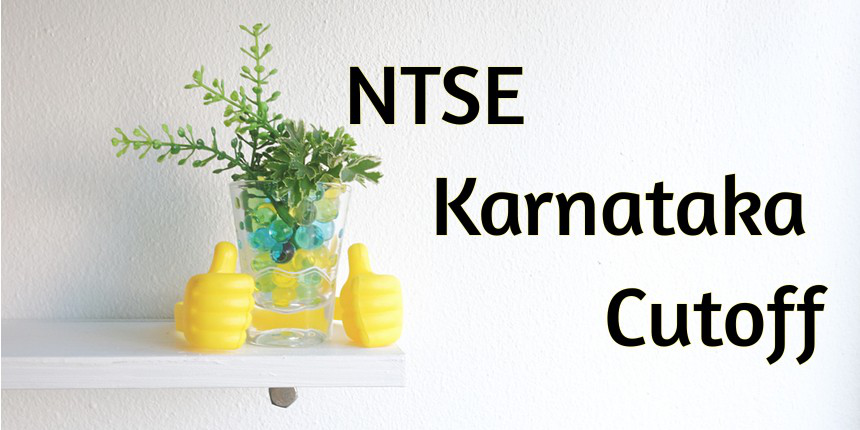 KSEEB will release NTSE 2021 cut off on the basis of some predetermined factors. Some of them are listed below:

Last year the NTSE Karnataka stage 1 cutoff was released on March 17, 2020. The following table is presenting previous year cutoff marks. Students can use the same and NTSE Karnataka answer key to know their chances of selection.

Question: What is the difference between NTSE qualifying marks and cutoff marks?

Question: Why am I not selected after securing 40% marks in each section?

You have achieved the qualifying marks (40%) but NTSE Karnataka cutoff marks are also essentials to secure to go for stage 2 exam.

Question: When will the NTSE stage 2 exam be conducted?

Class 10 students preparing for the upcoming NTSE exam can che...

Hi, Will JKBOSE of jammu & kashmir conduct NTSE scholarship test in 2022-23. because the education policy in jk has changed now we have to study CBSE pattern syllabus from 2022 to onwords. Please provide me with a perfect 100% correct answer. Thanks with best regerds Aabid illahi

Hii!
As per NTSE eligibility criteria, a student pursuing class 10th and below 18 years of age can give NTSE exam, regardless of which government or private school he/ she studies in.
So, even after your school shifts to CBSE syllabus, you can give NTSE exam if you are in class 10th or are about to reach in.
Hope this helps.
Good luck!
Read More
Answer

since it is already 8 of april and still scert mp has not declared the ntse result, do you have any idea that when will the result of ntse stage 1 of mp(madhya pradesh) will be declared.

Rajya Shiksha Kendra was supposed to release the stage 1 NTSE Madhya Pradesh result 2021 in March 2021 but now it is month of April but still they have not yet released the results noe there is any infromation from the officials when the results will be declared. Keep an eye on the official website for the latest infromation. Students can access their class 10 NTSE MP result 2021 on the official website, educationportal.mp.gov.in. NTSE MP 2021 stage 1 result is made available in the form of a merit list.

When will the NTSE stage-1 results 2020-21 for Tamilnadu will be released ? The date of result is getting postponed everytime from the announced date.

The results for NTSE Tamil Nadu Stage I will be released by the first week of April tentatively. The official date of release has not yet been announced by the DGE, Tamil Nadu. NTSE Tamil Nadu stage I result 2021 will be declared on the official website: dge.tn.gov.in. The list will contain the name of the students selected for Stage II. Stage II will be conducted on 13th June 2021.

I hope this helps.

* you   will get an  idea  of  the  difficulty level  of  the  questions  asked in  the examination .

* you  can  also  have  an  idea  of  important    topics  which  are  covered in the exam , so  that  you  can  accordingly prepare for  your  examination

* solving these papers on your own will  help you to improve your time management skills so that in your actual examination you can solve questions with better speed and accuracy .

Best of luck for your NTSE exam preparation .

When will the merit list of karnataka ntse 2020-21 be announced? Also, what could be the cutoff for general category?

DSERT, Karnataka has released NTSE results in the form of district wise mark lists which contain the registration number and marks of all the candidates individually for GMAT and SAT and total score as well which you can check out at http://dsert.kar.nic.in/easp/ntsenmms.asp?utm_source=careers360&utm_medium=traffic, cut-offs vary every year based on number of factors though you can check out previous year cut-offs at https://school.careers360.com/articles/ntse-karnataka-result to get an idea about the same.

Answer later
Report
View All Questions
Have a question related to NTSE ? Ask

UP Board 12th Preparation Tips 2021 - Check Board Exams Tips Strategies

UP Board 10th Result 2021 Date & Time - Check UP Board High School Result at upresults.nic.in