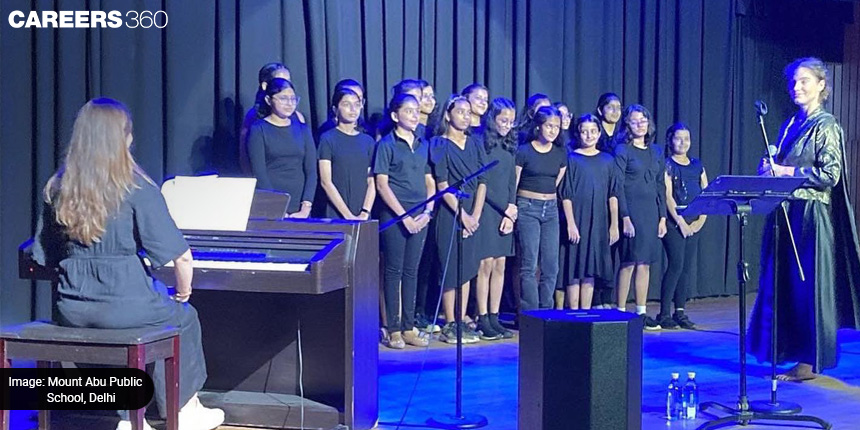 Mount Abu School was recently felicitated with “Best School Award to Drive Against Junk Food” at National Conference on Nutrition at Taj by Vivanta, Surajkund. Eco Club delegation of the school recently attended the GCP Award Ceremony where the school was conferred with Gold medal for an audit under Green Campus Program by Climate Reality Project India.