Schooling for all sans artificial barriers

C.B. Sharma, Chairman of the National Institute of Open Schooling (NIOS), speaks to Meghaa Aggarwal on the challenges and opportunities in open schooling…

Q. NIOS was originally set up to address the dearth of regular schools in the country. How has its role evolved with the growth of schooling infrastructure? 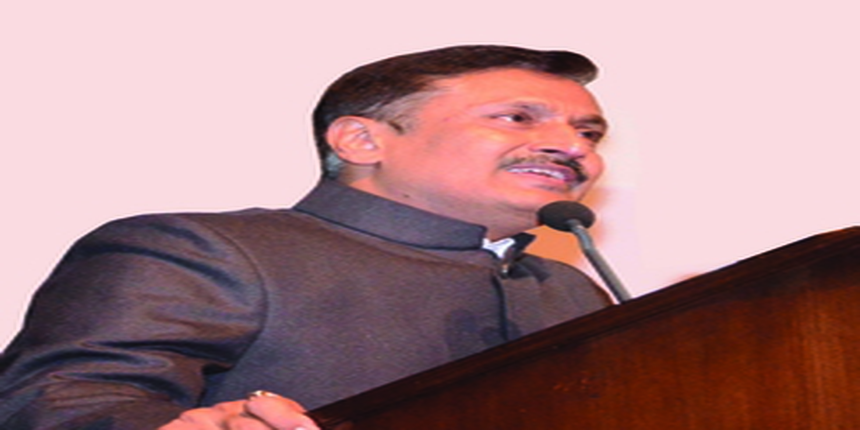 A. Attending regular schools is the right process. For overall development of a child, it is important that every child goes to a school and grows up in the company of a peer group. Unfortunately, the way schools have developed, regular schooling is not able to meet the needs of a large number of students. On the other hand, the in-built capacity and flexibility of NIOS have allowed us to accommodate a large number of people.

Despite a provision that requires all schools to have special educators, many of them are either not able to or are unwilling to meet the needs of differently-abled students. So, a large number of differently-abled students complete schooling through NIOS. In the last two years, the NIOS has developed study material for five subjects in sign language for hearing-impaired children. We have also relaxed our norms for autistic children who face extreme hardships in pursuing education through normal schooling.

We also cater to ‘gifted’ students who are preparing for various competitive exams and do not want to spend time going to regular school, or those who excel in non-academic pursuits such as sports, acting etc. Many IIT toppers, sports personalities and film stars have completed their schooling through NIOS. Apart from this, senior citizens, jail inmates, army personnel – practically anyone who has not been able to complete regular schooling for their own reasons – can do this through NIOS.

Last year, we also launched the Diploma in Elementary Education (D.El.Ed) programme for untrained in-service teachers. About 14 lakh teachers registered with us and appeared for their first semester exams in May-June this year. More than 95 percent have passed the examination. The credit for this high pass percentage goes to the effective use of Information and Communication Technology – lectures by the best teachers from different institutions of the country were broadcasted on Swayam Prabha Channel 32 (English and Hindi) and Channel 25 (Bengali and Assamese) on television and were also viewed over 2,25,00,000 times on YouTube.

Q. Many people feel that the NIOS is merely a certification agency. Your thoughts…

A. In a way, the NIOS does serve our desperate need for certification. In order to make our certification worthy, we have made our exams difficult. Unlike other boards, NIOS toppers usually secure between 85 to 90%. The pass percentage is also lower. Our students don’t have regular access to teachers and have to put in double the effort to prepare for our exams.

Besides, schooling is not merely about attaining a certificate claiming that you have cleared Class 12. At NIOS, we are constantly seeking ways to broaden the scope of schooling – whether it is through the language of instruction or the choice of vocational subjects.We have a robust vocational education programme that includes courses as diverse as Beauty and Wellness to IT and ITES. Last year, we launched a course for handloom workers and their children. This includes subjects that educate them on fabric science and introduce them to various designs found in the country, the latest technology in the market, and ways in which they can promote and sell their craft. We have signed a Memorandum of Understanding with the Army Education Core through which army jawans posted in the far-flung areas can study for their senior secondary examination. Soon, we are also going to offer them specially designed subjects like Military Studies, Military History, Yoga and Physical Education.

Q. In 2016, the NIOS introduced Class 12 certificates for vocational courses. Could you tell us a bit more about this programme and the response to it?

A. Under this programme, students can clear Class 12 with three vocational subjects and two academic subjects, including one language. Apart from students of the vocational stream at NIOS, this scheme also helps ITI students. Through transfer of credits for the subjects, the learners who studied at an ITI can appear for two academic papers through NIOS to obtain a Class 12 certificate. Since this is a new scheme, not many students have availed of it this year but we’re expecting a better response in future.

A. Yes. But that’s a problem of our education system which does not have the flexibility to accommodate these students. Besides, many students in the vocational stream want or need to work after schooling and we are fulfilling this need. More than two hundred universities have started a Bachelor of Vocation but the learners admitted to this course are those who never studied any vocational course. Now, the learners who study the vocational course at the Senior Secondary level can justify studying for a bachelor’s degree at the graduation level.

Q. Recently, the institute was in the news over the ineligibility of NIOS students for NEET examinations. Even though the issue was resolved in favor of NIOS, can you shed more light on the matter? Are there entrance exams or higher education courses where NIOS students might be considered ineligible due to their ‘unconventional’ schooling?

A. There are only two national boards in India – CBSE and NIOS. As such, NIOS students, except those from the vocational stream, are eligible for everything CBSE students are eligible for. In fact, as I’ve mentioned many of our students have topped national competitive exams.

This year, the Medical Council of India (MCI) disqualified our students from applying for NEET-2018, but the high court ruled in our favour. The nearly 50-page judgment was made after meticulously studying our material and processes. I have personally taken the legal team through everything. Even though the Medical Council has escalated the matter to the Supreme Court, we are confident of winning the case.