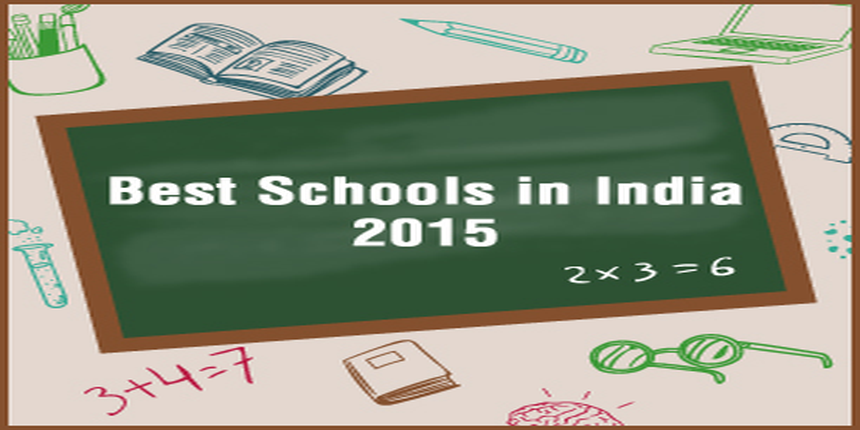 Careers360 presents you annual rating of schools across different states in India. Preparing the list of Best Schools in India 2015 is a challenging task. The reasons are two-fold; the number and diversity of the schooling system in the country; and the absolute lack of data on these schools.

Repeated demands from the stakeholders for a system that is completely objective led us to believe that adequate space for a rating system that uses only objective data does exist in the country. Best Schools in India 2015, the first-ever rating of schools brings to you over 1800 schools in the country, the largest rating exercise ever undertaken in this sector.

What makes it more strenuous is the fact that the flow of objective data from the schools is very little. For the last one year a team lead by Managing Editor Dr Nimesh Chandra has been scouring the web and official publications for data. The boards make it exceptionally difficult to access. For example, the CBSE site lets you view the school wise-results, provided you have both - the affiliation code as well as examination centre code or school code. Creating an individual school database is a humongous task, in which we have partially succeeded.

As the data sheet elsewhere in the magazine explains, the universe of CBSE, ICSE and IB schools would be around 18000+. We have managed to identify and rate about 2000 out of them.

Careers360 is known for rating institutions across higher education domains on the basis of objective parameters and has continued the practice in case of schools, making use of data on students, faculty, infrastructure or performance indicators such as grades, pass and aggregate percentage of schools.

As the detailed methodology explains, we have attempted to use diverse sets of comparable date to bring different schools under a common rating system. The rating communicates that, for a similar set of schools under a similar board a same rating would mean more or less equal educational experience.  To make life easy for the parents we have also distinguished international curriculum from national curriculum and also grouped schools based on residentially, the gender specifications, if any, as well as the board they offer at the 10+2 level. This would also avoid apple to oranges comparisons that is common in perception-based ranking of schools.

Developing a fair understanding of the system of Indian schools, and to rate some of the best ones in a universe of 18,600 recognized ones outside the different state education boards/councils; the task was quite arduous yet refreshing. The objective was to arrive at a manageable list of 1800 Best Schools in India 2015, by adopting a stringent process of shortlisting schools based on publicly available data, visit to the schools, requesting for data through questionnaire, interacting with school administrators and teachers and finally analyzing quantifiable data.

In an attempt to understand the needs of parents and students, the listing of the country’s top 10% schools outside the state boards is segregated in terms of region, curriculum followed, residential or day-boarding type and gender.

What is there for you?

As a parent or as student, the listing provides you an overview of where your school stands, in terms of the educational experience it provides. It also helps you compare different boards. There is a special article on curriculum selection in this edition that helps you choose between the boards. The listing is presented state-wise, grouped under North, East, West and South. The schools could use the rating to examine where they stand vis-Ã -vis their local compatriots as well as truly national players.  We would be very happy to engage with the schools to make the rating system more robust and representative.

Where do we go from here?

As we said earlier, in all we have rated less than even 1 percent of the universe. And in the foreseeable future cannot even attempt to go beyond the top 10 percent. But our first priority is to bring in at least the top 1 percent of the state board schools into the rating system in the coming editions.  And also simultaneously raise the percentage of national board schools rated from the current 10 percent to about 20 percent. We would also like to incorporate outcomes, results, topper contributions, percentage of students with 80 percent or more vis-Ã -vis the universe in a robust manner so as to present a calibrated performance index (CPI) in the years to come.

Schooling constitutes the base of any nation’s educational attainment. It is imperative that the country knows and rewards better performers within the system and take corrective measures to bring the deviant players into the mainstream. The rating system is a small attempt to contribute and strengthen such initiatives

In our first attempt to look at the outstanding schools, there are a few good things to read about and understandably certain shortcomings. In our endeavour to be much better in the next edition of school rating you may write to us with subject heading ‘Schools’ at editor@careers360.com.