Courses After 12th - Class 12 results have been announced and admissions have started. In this time, students are looking for best courses after class 12 which is confusing. To choose the best course after 12th class students need proper guidance regarding eligibility, admission process, scope and other factors. Besides, they should also consider their interest before selecting a course after 12th. B.Tech, B.E., B.Sc., MBBS and BDS are the popular courses after 12th science. B.com, BBA and several other commerce courses are available for students. BA is the most popular course among arts stream students. Apart from these several UG courses after Class 12 available for all stream students.
Latest: 12th results 2020 have been announced by respective boards.
Some students also remain in a tiff between their parents to pursue the courses after 12th of their interest. However, parents want students to follow a career which they have selected for their wards. Considering the issue, we have listed some high salary courses after 12th in all streams including science, commerce & arts. Students and parents can check the list of these courses to resolve their issues by selecting the most appropriate one. This list of courses after studying 12th includes undergraduate, diploma and certificate courses. Read below to know more about stream-wise best courses after 12th including their duration, eligibility, fee, expected starting salary, etc. 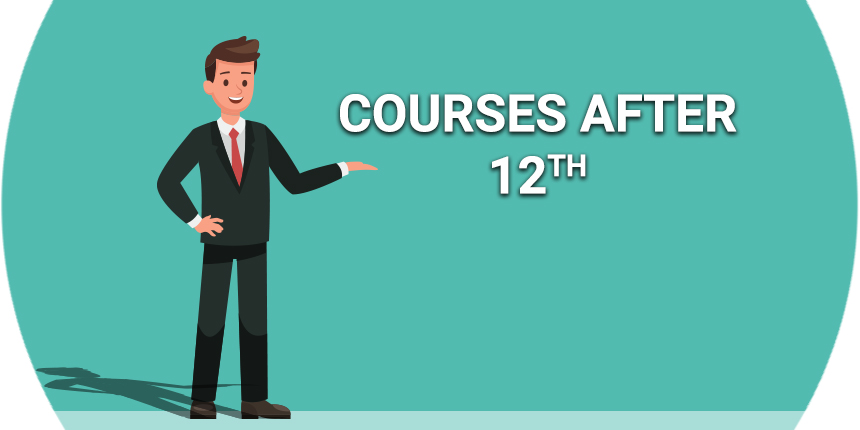 Engineering and basic sciences courses are popular courses after 12th for students studying Physics, Chemistry and Mathematics. But apart from them, PCM students can go for most of the courses in commerce and arts. Here are some major courses after 12th PCM with can be pursued for booming opportunities:

Most of the students choose PCB to become a Doctor, Pharmacist so they go for MBBS, BDS and Pharmacy. But they can also opt for homoeopathy, Basic science, Physiotherapy to avoid the competition. Theses courses after 12th PCB opens the gate of various responsible and reputed careers. Candidates can get a job in a hospital, science lab, Research Institute, etc or they can also open their own clinic to practise privately. Also, check Biology courses.

Arts or humanities is the most popular stream which opens the gate of various opportunities and careers. BA and BFA are the most popular courses for Arts students which helps them to follow their passion. Apart from the arts stream, courses students can also pursue some commerce stream courses like as BBA. Here’s the list of Top courses after 12th arts which provides better growth:

Diploma courses are the best to pursue after 12th when it matters to cost and time. These courses can be completed at less cost with less investment of time and provide deep knowledge of a field. A student going to choose a diploma course after 12th will have to decide his/her aim that he/she wants to become a designer, Teacher, Actor or something else to pursue a perfect course.

Short term certificate courses can be pursued after 12th to make a career in a specific field. These are also called as job-oriented courses as these make a candidate to get a particular job. The duration of certification courses after 12th is usually range between 6-12 months. Some major short term courses after 12th are tabulated below along with details of salary and others:

Details of Certificate Courses after 12th

**Salary: The salary is a variable aspect which changes as per various factors such as policy company, candidate’s knowledge and experience, location, etc.

Question: What to do after 12th?

After 12th, students can go for Undergraduate course of their choice. They can also apply for a diploma course after 12th. Check the overview of available best courses after 12th on this page.

Question: Which is best course after 12th class?

Question: When will admissions be started?

Admissions for courses after 12th start immediately after the declaration of results. The last date falls in the month of July/August of the admission year.

Students always search for how to prepare for class 12 maths b...

I m in 12th PCM (CBSE) I have not given the pre board exam, and my school is threatening me that they will not give me those marks which are going from school. But i think the marks are given by the external examiner only on the basis of practicals which carry 30 marks.Am I correct?

In every school pre boards are a mandatory thing to give before your boards. It is a kind of sample test to check your preparation before your actual board exams.. Some schools also have rules for student to pass in the board exam in order to get the Admit Card.

Yes the marks are given by the external. But it's no loss if you talk to the school authorities calmly and come up with a solution to cope  with problem.

All the very best for your Board exams.

I am in 12th PCM from CBSE board, and I am not giving the pre boards which have been started from tofay in my school because my JEE is on 25th. And they are saying that, they will not send those 20 (each subject) marks which will be going from school. What should I do.

If your JEE Mains examination is on 25th, definitely go and attend examination with full preparation.

Now, regarding the pre Board examinations in your school you can tell them in advance and ask for their permission and the School authority cannot restrict you from attending any examination.

Hope that this information was helpful for you.

All the best for your examinations!!

Your admission in 12th class in other school as a regular candidate will be possible if your parents transfer from one City to another city due to service or business. Your health problem is bound to change your city for you have to get regular treatment for  unavailable reasons of ailment.

Your admission will be provincial and will be subject to the approval of CBSE board.

Hope this will be helpful.

hii, i have passed cbse class 12th examination in 2020 with 49%(pcb) .want to give neet exam,so i have applied for improvement in 2021 for chemestry and biology if my improved no. will less than previous one, then which will be valid. In case new one is less than previous one then what will happen?

Dont think too much dear. Improvement number is always higher than your previous year number. So just don't think negatively. You just focused on your study. And give the improvement examination. You will be passed with well number. You can get above 55% markd minimum. Thats your target and you will achieve it. Just prepare yourself.

The partial questions for CBSE  class 12th PCM is consists of :-

Which ,makes the total mark of 20(marks).