Acetone is an explosive, transparent, and volatile liquid that is the smallest and most basic member of the ketone family. Propanone is another name for this chemical molecule. The common name of propanone is acetone. 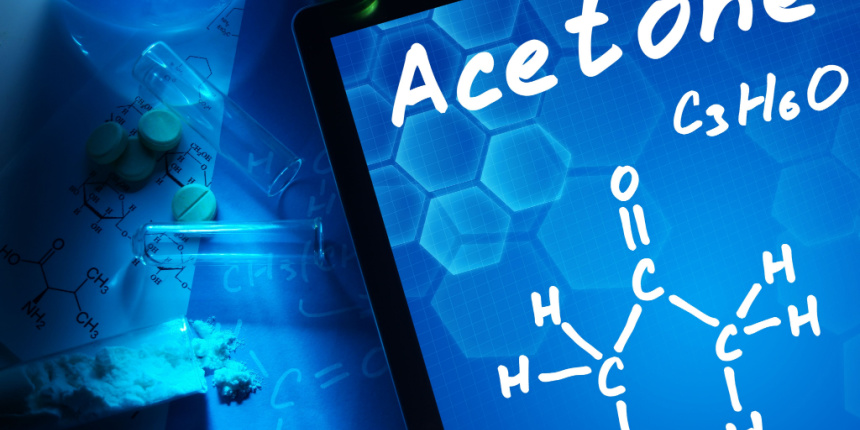 Acetone is the common name of propanone. The acetone IUPAC name of acetone is Propan-2-one

What is the formula of acetone and Other Names Of Acetone?: Other names of acetone include dimethyl ketone, 2-propanone, and beta-ketopropane. Three carbon atoms, six hydrogen atoms, and one oxygen atom make up acetone. Because it contains a carbonyl group, it is classified as a ketone. As a result, the acetone or propanone formula or molecular formula of propanone is- C3H6O and acetone structural formula or acetone molecular formula is given as CH3-CO-CH3.

The acetone structural formula is shown as:

The 2D chemical structure depiction of acetone is shown as:

Individual bonds in the compound is represented as: 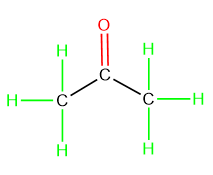 The 3-dimensional structure of acetone is shown as: 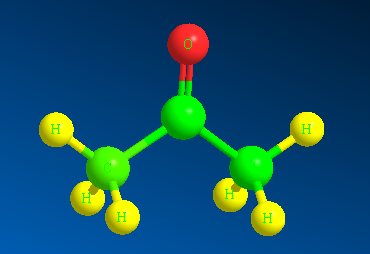 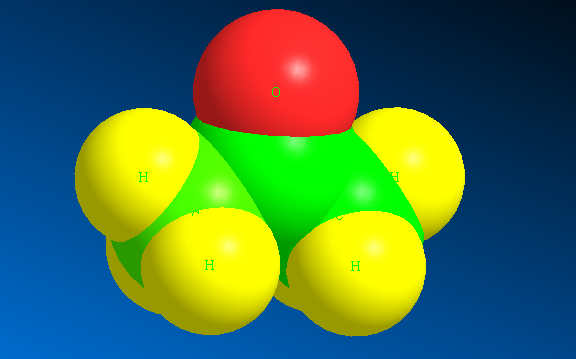 (Source: Self made using Chem3D software)

When an aldehydic group replaces the ketonic group –CO of propanone –CHO the resulting compound is called Propanal. The chemical formula of Propanal is CH₃CH₂CHO. Propanal is also called propionaldehydes and is a three-carbon aldehyde compound.

The Propanal structure is found to be:

Formation And Existence Of Acetone:

Acetone is a byproduct of metabolism that occurs naturally in the body. Acetone is a breakdown product of saturated fat metabolism that can be found in plants, trees, wildfires, and automobile exhaust. This substance is generally present in extremely minute concentrations in urine and blood; however, diabetics' urine and blood may include greater amounts. In high doses, acetone is poisonous. Acetone must be kept in a jar with a tight lid because it is a highly flammable liquid which must be kept away from any stoves or fire sources. If you need to keep a significant amount of acetone, store it in a fireproof container. 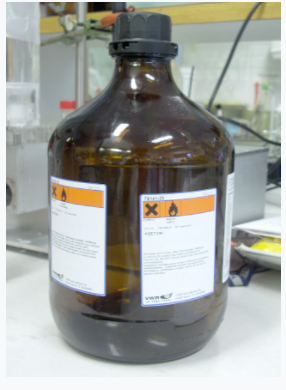 Propylene is currently used to make acetone, either directly or indirectly. During the cumene process, over 83 percent of acetone is created. There are also other earlier methods for producing acetone. The laboratory preparation of acetone is as follows:

Heat anhydrous calcium acetate with acetone to make acetone in the lab. In a retort with a water condenser and a receiver, combine the fused calcium acetate and small iron filings. When acetone embodies over and settles in the receiver, the reaction is gradually heated. When you get colored crystals, you shake the distillation with a saturated sodium thiosulfate solution to refine the acetone you get.

These crystals provide acetone an aqueous solution after distillation with a saturated sodium carbonate solution, which would be dried over anhydrous calcium chloride and redistilled to just get pure acetone.

Because of its cheaper costs, the cumene route, in which acetone is coproduced with phenol, is the preferred technology; about 90% of acetone is made this way. The reaction of propylene with benzene in the presence of phosphoric acid-based catalysts or, more recently, zeolite catalysts is the major technique for production. Cumene is oxidized to cumene hydroperoxide in the liquid phase, which is then split into phenol and acetone in the presence of sulphuric acid. For every ton of phenol, 0.62 tons of acetone is generated.

Precautions that should be taken for working with acetone: If not handled properly, acetone can be life-threatening. You can create a safe atmosphere for yourself and others by taking a few easy actions. When working with acetone, you must follow these steps:

Question: Why is acetone soluble in water?

Polar solutes dissolve in polar solvents, and nonpolar solutes dissolve in nonpolar solvents, according to the "like dissolves like" principle. Acetone is soluble in water because both acetone and water are polar. Because of the intermolecular hydrogen bonding that occurs between the polar carbonyl group and the water molecules, acetone is also soluble in water.

Question: Is acetone heavier than water?

Even though acetone is a liquid at room temperature, it has a lower density than 1 g/mL of water. Acetone has a density of 0.788g/mL at room temperature. This indicates that each millilitre of the liquid contains 0.788 grams of mass.

Question: Which is the functional group present in acetone?

Acetone is the lowest member of the ketone family with the functional group C=O.

Question: What is the chemical name for acetone?

Acetone (CH3COCH3), also referred to as propanone or dimethyl ketone, is one of the most basic and significant industrial, chemically significant organic solvents and aliphatic (fat-derived) ketones.

Question: What is the formula of acetone?

Propanone is commonly known as Acetone. It is also known as dimethyl ketone, 2-propanone, and beta-ketopropane

Question: What is the molecular formula of propan-2-one?

Your Acetone Formula brochure has been successfully mailed to your registered email id .