Every year on October 2, Gandhi Jayanti is observed to honour the great leader Mahatma Gandhi, without whom India might not now be free from British rule. Millions of people were brought together by his nonviolent methods to adhere to the 'Ahimsa' path and protest against the evil oppression. Brotherhood in arms is the legacy that Mahatma Gandhi left behind to inspire people and bring about unity. India has declared October 2 to be a national holiday, but people all across the world participate in gandhi jayanti speeches, plays, community services and write gandhi jayanti essays to mark the day. 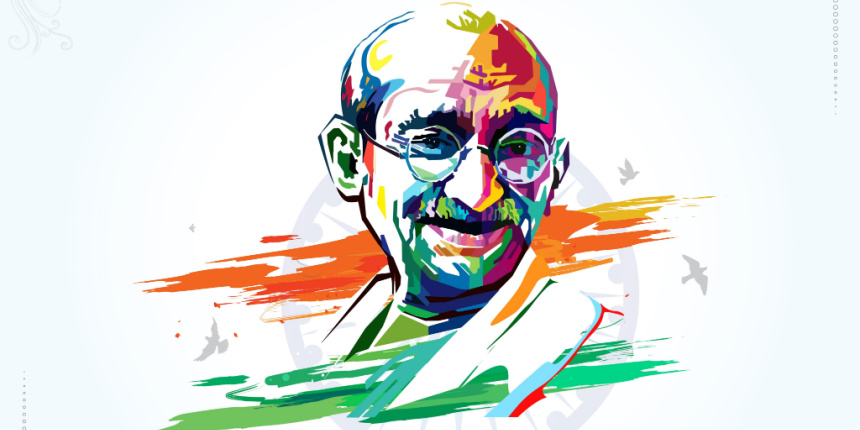 Gandhi had a reputation as a skilled orator who consistently gave engrossing speeches by pursuing an objective that was far bigger than himself. One of the most memorable Gandhi jayanti speeches, "Quit India," depicts the man for who he truly was. Here is a sample of one of Gandhi's motivational jayanti talks that is still relevant today:

‘I believe that in the history of the world, there has not been a more genuinely democratic struggle for freedom than ours. I read Carlyle's French Revolution while I was in prison, and Pandit Jawaharlal has told me something about the Russian revolution. But it is my conviction that inasmuch as these struggles were fought with the weapon of violence they failed to realize the democratic ideal. In the democracy which I have envisaged, a democracy established by nonviolence, there will be equal freedom for all. Everybody will be his own master. It is to join a struggle for such democracy that I invite you today. Once you realize this you will forget the differences between the Hindus and Muslims, and think of yourselves as Indians only, engaged in the common struggle for independence,’ as per Bombay Sarvodaya Mandal’s website.

Gandhi was not always a public speaker but having a mission he was willing to stand up for and holding an aim that beyond his own public speaking nerves, he inspired billions. ‘My hesitancy in speech, which was once an annoyance, is now a pleasure. Its greatest benefit has been that it has taught me the economy of words’, remarked Gandhi. He showed no signs of hesitance in his later Gandhi Jayanti speeches.

On the occasion of Gandhi Jayanti, let's recall the viewpoints and ideas of prominent international and Indian figures. Here are a few Gandhi Jayanti speeches by famous people throughout history and the present:

‘Mahatma Gandhi has carried on his frail shoulders a great deal of the burden of humanity and now it was for them to stand together and share it. If millions of Indians could divide that burden and carry it successfully, it would be nothing short of a miracle’ —Maulana Abdul Kalaam Azad, Former Education Minister

‘I am sure Gandhiji's supreme sacrifice will wake up the conscience of our countrymen and evoke a higher response in the heart of every Indian. I hope and pray that it may be given to us to complete Gandhiji's mission. At this solemn moment, no one of us can afford to waver or lose his or her heart. Let us all stand united and bravely face the national disaster that has overtaken us. Let us all solemnly pledge ourselves afresh to Gandhiji's teachings and ideals’—Sardar Vallabhbhai Patel, Former Prime Minister

From Ethiopia to America to Vietnam. Gandhi inspired admiration from renowned world figures everywhere he went. Here are some gandhi jayanti speeches from the world’s greatest leaders and thinkers.

‘Many of his principles have universal application and eternal validity, and I hope the passing years will show that his faith in the efficacy of nonviolent pressure as an agent for peaceful change is as justified today all over the world as it was in his time in India,’— U Thant, Former Secretary-General of the United Nations

‘If humanity is to progress, Gandhi is inescapable. He lived, thought, and acted, inspired by the vision of humanity evolving toward a world of peace and harmony. Gandhi resisted evil with as much vigor and power as the violent resistor, but he resisted with love instead of hate. True pacifism is not an unrealistic submission to evil power. It is rather a courageous confrontation of evil by the power of love,’—Martin Luther King, Jr.

Also Read | Gandhi Jayanti (October 2): How Schools In Delhi Are Planning To Celebrate

On the auspicious occasion of Gandhi Jayanti, let us recall some of the mahatma gandhi jayanti speeches that were given by political leaders in 2021 while paying their respects at Rajghat.

Former president Ram Nath Kovind: ‘It is a special day for all Indians to remember Gandhiji's struggles and sacrifice. Let us take a pledge that we will continue to strive for making India a country of Gandhiji's dreams while adhering to his teachings, ideals and values.’

Former Vice-President Venkaiah Naidu: ‘My respectful tributes to the Father of the Nation, Mahatma Gandhi Ji on his birth anniversary today. Universally revered as an apostle of peace and non-violence, Gandhiji was an embodiment of selfless service, kindness and compassion.’

Delhi Chief Minister Arvind Kejriwal: ‘The thoughts of Mahatma Gandhi show the path of truth, non-violence and righteousness not only to India but to the entire global society.'

People from all over the world will continue to be motivated to act honestly and morally by the speeches and beliefs of Gandhi given on his birthday. Mahatma Gandhi will always be remembered as long as there are still free men and people who love liberty and justice. Let's uphold Gandhi's thoughts and speeches by treating everyone equally, without prejudice, and by abstaining from using violence.