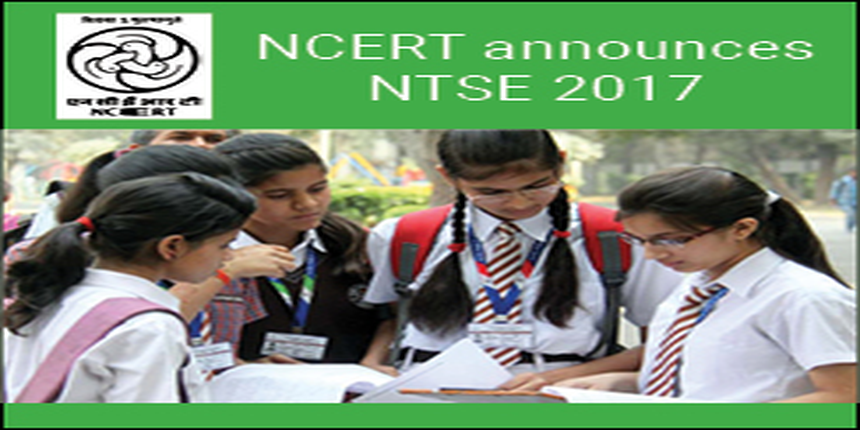 What is NTSE?
National Talent Search Examination, commonly known as NTSE is held by NCERT every year at two stages to identify the nurture talent among the Class 10 studying students.

The Class X students who will qualify NTSE 2017 will be offered scholarships for different stages of education. There will be around 1000 NTSE scholarships to be awarded to the qualifying candidates.

How to fill NTSE 2017 Application Form?
The application forms of NTSE 2017 can be filled at state level through the online link provided by each of the state boards. Candidates applying for NTSE 2017 will also have to remit an application fee during the process.

What are NTSE 2017 important dates?

More articles to be read –

Stay tuned to school.careers360.com for more news and updates on NTSE 2017

when would come keralas ntse result????

Result for NTSE Kerala stage-1 is scheduled to be declared in the second week of February. SCERT (State Council of Educational Research and Training) has released the merit list of candidates who are qualified for stage-2.

You can check out that merit list by clicking on given link :

For more details about NTSE Kerala you can go through this article .

Hope this helps you.

The result of NTSE Kerala 2020 will be declared  by end of February or first week of March 2020. Students will be able to check NTSE Kerala result 2020 from the official website by clicking at this link - http://scert.kerala.gov.in/

Click at this link to know more about NTSE Kerala- https://school.careers360.com/articles/ntse-kerala-result

Hope this was helpful.

ntse result of kerala have been published

HELLO NITHIN
The NTSE result of kerala was supposed to published during the second week of february but it wasn't.
its not the case of your satte alone there are many other states whose result are still pending.
Ill attach a link here where you can find the cutoffs of all the states and ill even provide a link of expected marks in terms of previous year analysis.
https://school.careers360.com/articles/ntse-result
https://school.careers360.com/articles/ntse-kerala-cutoff
HOPE IT HELPS!

Kindly mention here the state, You are asking about NTSE result so that I can provide you the information related result.

where can i check ntse madhya Pradesh result 2020 stage 1

NTSE Madhya  Pradesh results will be declared by Rajya Shiksha Kendra in pdf format mentioning the personal details  such as name, roll number etc and exam related details such as total marks, SAT and MAT scores. The tentative date for announcement of result is March'2020.

You can stay updated at the official website at mponline.gov.in