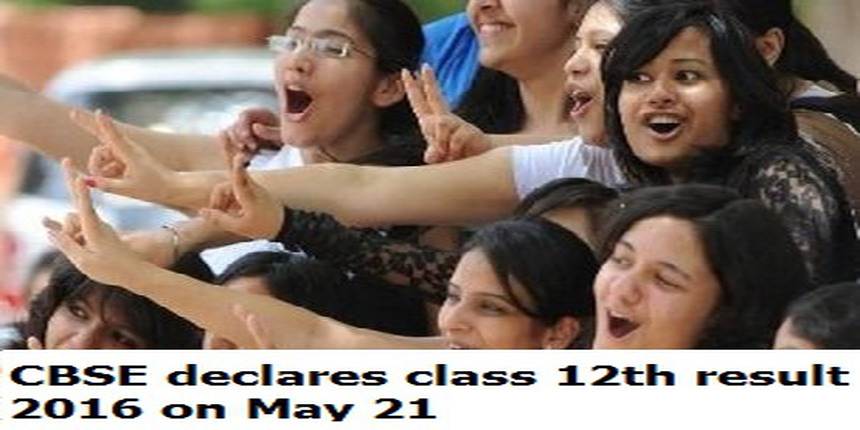 CBSE Class 12th Result: Central Board of Secondary education (CBSE) has announced the result for class 12th Board examination with Sukriti Gupta of Delhi emerging as the topper with an impressive 99.4%. Interestingly, girls seem to be dominating the toppers list, as apart from Sukriti, Palak Goyal and Somya Uppal from Haryana have outshone over 10 lakh other candidates across India to be at the second and third place, respectively. Somya, however, shares her position with Ajish Sekar of Chennai.

Students can check the CBSE Class 12th Result 2016 through the official link available on this page.

Candidates can enter their roll and school numbers to access their respective result.

Starting this year, class 12th candidates will also be able to get digital mark sheets of their exam which is available on DigiLocker, a new initiative by the Government to digitise the result process under digital India. Students can access their results at www.digilocker.gov.in. The DigiLocker account credentials would be sent to students via SMS on their mobile number registered with CBSE. Candidates can access your mark sheet as soon as you receive your username and password

The CBSE class 12th examination for Class 12th started from March 1 and continued till April 22, 2016.

career options after 12th - Confused about the programme to pursue after 12? Fret not! Here’s a l...

Candidates who want to improve their marks can apply for improvement exams in October 2020. Check...

Expert Tips for 12th CBSE Board Exam for PCM

To get into any NITs,IIITs and  CFTIs a general candidate has to get 75% percentage aggregate in his\her class 12 or be in top 20 percentile in the board exams. For SC/ST/PwD candidate, 65% aggregate is required to be eligible to get admission in nits. No individual subjects marks are required.

When the angle of incidence for a prism is 90 degree then the ray just grazes along the surface of the prism . This is known as grazing incidence and in this case the angle of refraction at the first refracting surface is equal to the critical angle of the material of the prism.

what will happen if I dont give one of my 12 improvement exam?plz reply fast plz?

There will not be any problem if you don't give improvement exam after applying for it as it is not mandatory exam. Your old result will remain valid even if you quit improvement exam.

HOPE IT WOULD HAVE HELPED YOU

is physical education included in Mark sheet which will increase the total??

As per my knowledge for CBSE Board the students will be graded for their physical education based on tests conducted by the school. However, it will be included in the mark sheet, but will not have an impact on the overall assessment of the student.

Will the overall aggregate be calculated out of all 5 subjects or the better 4?

The aggregated will be calculated with the best 4 subjects. But in some entrance it is all 5 subjects.

View All Questions
Have a question related to CBSE Class 12th ?