CBSE 10th and 12th exams begin on March 1; over 25 lakh students to appear 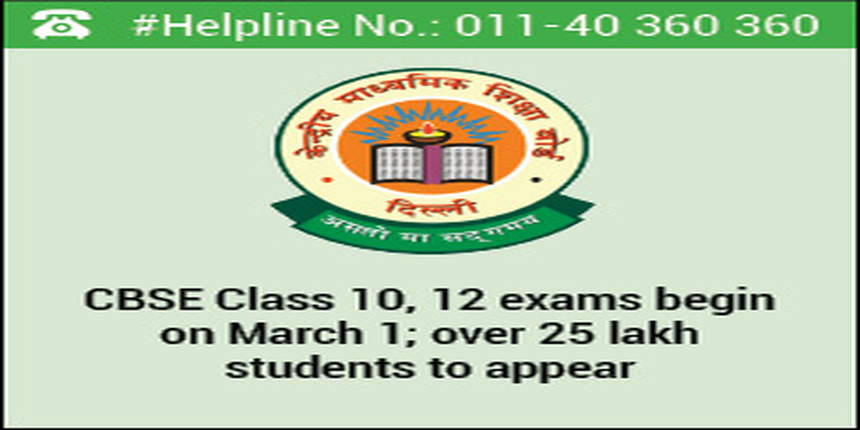 The Central Board of Secondary Education (CBSE) examinations for 10th and 12th standard have begun from March 1, 2016.  While around 15 lakh students are appearing for the class 10th exam this year, the 12th standard will see over 10.5 lakh candidates taking the test. According to CBSE 2016 date sheet, the class 10th exams will continue till March 28 and exams for class 12th will be held till April 26.

In a pre-exam statement, CBSE has announced that the results for class 10th and 12th are expected to be announced in the month of May or June, 2016.