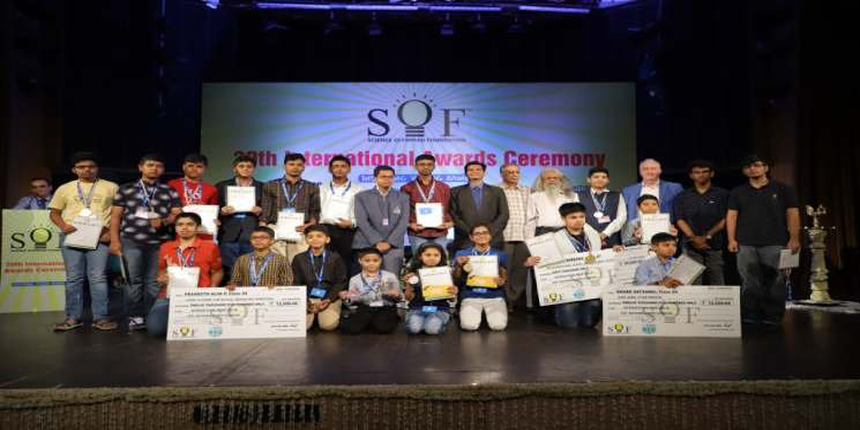 The Science Olympiad Foundation(SOF) on Sunday, June 3, felicitated the top SOF international rank holders for the six olympiads conducted by the body. In total, 60 students who scored rank on internationally were awarded gold medals and Rs. 50,000 each. 60 students who got rank two were awarded silver medal along with Rs. 25,000. Rank three holders were given Rs. 10,000 and a bronze medal each.

The International Company Secretariat Olympiad (ICSO) rank one holder received Rs. 1 lakh and a gold medal. Along with students, the top 50 teachers and 25 principals of schools which participated in the Olympiads were also awarded. Over 45,000 schools from 1,400 cities across 30 countries participated in the six SOF Olympiad exams during 2017-18. Total participation of students crossed over a million.