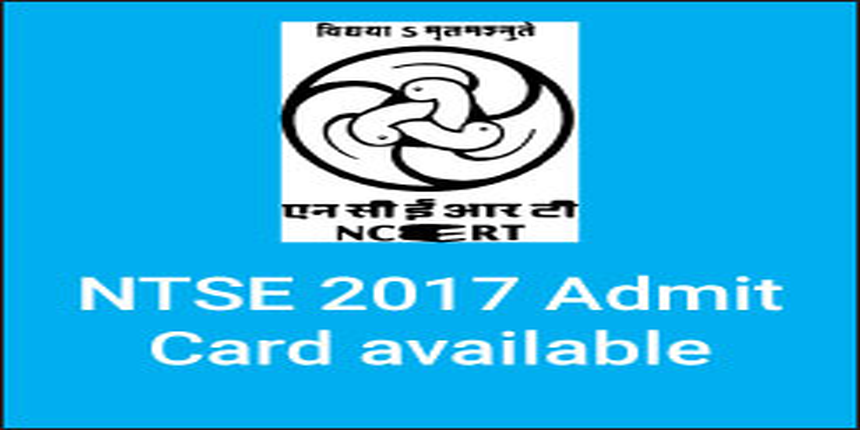 NTSE 2017 Admit Card has been issued by the state education boards on October 25, 2016 for first stage of National Talent Search Examination, scheduled to commence from November 5 across different states. NTSE 2017 applicants will be receiving their examination hall tickets (admit cards) in hard copy as the same has been sent by the respective state boards to their correspondence addresses.

Candidates appearing for the talent search examination can also obtain NTSE 2017 admit cards from their school authorities, in case they have not received it till November 1, 2016.

National Talent Search Examination is conducted at two stages–state and central for awarding scholarships to the students studying in Class 10. While the first stage of NTSE 2017 administered by respective state education boards, is scheduled to be held on November 5 (Mizoram, Meghalaya, Nagaland and Andaman & Nicobar Islands), November 6 (Other states and UTs) and November 13 (Bihar and West Bengal), the stage two examination will be conducted by NCERT on May 14, 2017.

Stay tuned to school.careers360.com for more news and updates on NTSE 2017