When it was founded by Methodist Church missionaries in 1879, there were 49 students learning their lessons in a rented house. Today, the Hutchings High School and Junior College has 3,045 students and 131 teachers and support staff on a campus lined with towering trees. Situated in the cantonment of Pune, the school is an integral part of the city’s life, serving the society for the past 139 years. 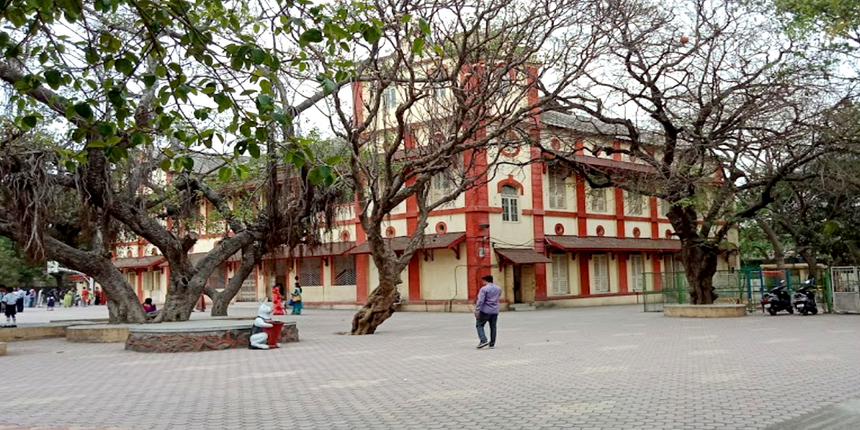 Credited with a rich legacy, the school has worked well to strike the right balance between tradition and technology. “We have adopted the advantages of modern technology in teaching,” says Principal Rita I. Katawati. “But we also believe in the traditional wisdom of instilling discipline in the young minds,” adds Katawati, who won the ‘Most Influential Principal’ honour for India at the World Education Congress in 2016. While there are smart boards, student portals, online student reports and sprawling computer labs, the school believes in reaping the benefits of technology in a discipline-oriented environment.

The school, which follows the ICSE/ISC curriculum, has had three national toppers in the last three years, making it one of the finest schools in the country in academic excellence. In 2017-18, Muskan Pathan, a Class X student of the school, scored 99.4 percent to earn the first rank in the national ICSE Board examinations. Two other students - Aditya Iyengar and Abrineel Chakraborty - received 98.8 percent each to win the third rank in 2016-17 and 2015-16 respectively. “We have 100 percent results every year,” beams Principal Katawati. “More than 90 percent receive distinction and 60 percent achieve above 90 percent marks,” adds Katawati, who taught biology at the school to senior students for 12 years before becoming the Principal six years ago.

“From academics to sports, we are trained at the school to achieve excellence,” says Head Boy Nemil Kamdar, adding, “this reflected in the way we approach our studies and extracurricular activities.” A former student of the school went on to lead the Indian women’s hockey team while another, Vandana Chavan, is a Rajya Sabha member and former Mayor of Pune.

One of the major initiatives by the school is introduction of a physical fitness assessment programme. The report, compiled twice a year, assesses each student from Senior Kindergarten to Class XII on factors like agility, flexibility, power and speed. “Physical fitness is very important,” says Principal Katawati. “It is taking a back seat now with children spending long hours on their mobile devices,” she adds.

The assessment, in January and June, is done by students of a physical training college in Pune. Every student has a report card, indicating the various parameters of fitness. “We introduced it in 2017-18 because we felt the need for an assessment and evaluation of health and physical fitness of each of our students,” says the Principal. The initiative, which emphasises on physical activity at home, will be a major element in addressing health issues like obesity among children. “We must cater to an environment of physical and emotional wellbeing of our children,” says Katawat.

Look Up, Lift Up

“The whole purpose of education is to turn mirrors into windows,” says a school slogan. The school’s history is a manifestation of such high ideals.

In 1888, the Anglo-Indian Girls’ Orphanage and Home with 33 children was founded by Miss Dawley, an American Missionary at Arsenal Road in Pune. In 1893, this orphanage was brought under the supervision of Mrs. Emily Hutchings, a Missionary of Scottish descent and a member of WFMS. With the passage of time the Taylor High School for Boys was closed down.

In 1913, the Orphanage and Home was merged with the Taylor High School for Girls and Mrs. E. Hutchings became the superintendent. ‘Mama Hutchings’, as she was fondly called, received the Kaiser-I-Hind honour from the British-ruled Indian government in 1925 for her overall contribution to the society.

The school is named after Mrs. Hutchings, who passed away in 1943. Continuing to emulate the ideals and service of Mrs. Hutchings, the school’s motto today is: ‘Look Up, Lift Up’.