Transforming the neglected through football

Will any child not love education imparted through football, yoga or dance? Find out how innovative methods reform lives of slum children...

Every single day was quite frustrating for Shakeel, then a boy of 13, studying in a government school in Delhi. It was a constant struggle to identify himself.  And his only outlet? Anger. “A child usually grows up in his surroundings. My background is such that, my father was a construction labour, my uncle was a rickshaw puller, my mother a maid. So we could not have much of an ambition. I was irritated most of the time,” says Shakeel, now a football coach for those who have seen the dark side of life, the inmates at Tihar, the largest prison complex in South Asia. 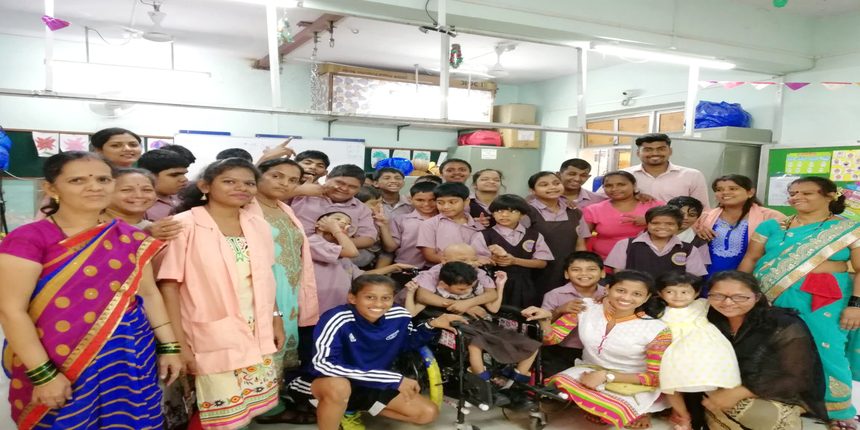 Pooja, now 23, went through similar ordeals, growing up as a rag picker. “I was five, every evening I picked up scraps from most of the parks in Vikaspuri, sorted and sold them to the scrap dealer. I would hand over my earnings to my mother who had to take care of five children as my father had left us,” laments Pooja. With such a background, it was natural that they found learning quite boring.

Many others like Shakeel and Pooja drop out of schools, even though the education is free at government schools. “If we take the example of mathematics, the teacher does one sum from an exercise and asks the children to complete the rest at home. Now most of the teachers are not bothered if the child got the concept right or not. At home the parents are illiterate. How will they help them? So the child loses interest gradually,” says Raman, a social worker who goes by one name and is associated with ‘My Angels Academy’ that works for the welfare of slum children.

Over 85,000 students from public institutions dropped out of schools in 2016-2017 academic session in national capital region alone, according to data released by Praja Foundation, an NGO. According to a government website, five northeastern states, along with Uttar Pradesh, Andhra Pradesh, Madhya Pradesh and Haryana account for maximum  dropouts in India.

My Angels Academy adopts novel ways to make children take to learning and retain their interest. “Sports is something that comes natural. You know, in mother’s womb child kicks, so playing football comes naturally,” says Sylvester Peter, the founder. “It also makes them disciplined,” says the  army major’s son from Chennai, who, along with his three siblings, travelled across India and finally settled in capital Delhi.

Sylvester’s yearning to do something worthwhile for the underprivileged began 30 years ago, when at the age of 13 he found that a classmate could not celebrate his birthday as the boy was too poor to afford it. After completing his graduation in English honours from Delhi University, Peter did his postgraduate studies in Journalism and Mass Communication from Bharatiya Vidya Bhavan, worked for some time as a journalist and then founded the Trust that runs the academy.

My Angels Academy works for children who want to lead a better life. It works for transforming children from being rag-pickers, petty thieves and drug addicts to dignified citizens who value honesty and are treated with respect.

Towards a sustainable intervention

Today, most of the children who got a helping hand from Peter have joined him to work for the same cause. “I did not know that I can earn a livelihood through football. I had no targets a few years back. But today, I know what to do. I have become a football coach,” says Shakeel.

My Angels Academy has been roped in by the authorities of Tihar Jail to reform the inmates. “I go to Tihar Jail three days a week. I have been asked to work for them, various kind of youths are there, robbers, murderers, those involved in kidnapping,” says Shakeel who coaches these inmates.

The academy customises its football coaching according to the seasons and weather. “In summers, we have classes for the children of the slums at 4 in the morning but in winters, we practice at night that is from 9 to 11  in the evening when the ground is free,” says Pooja, coach for the academy’s girls’ football team. “We are used to playing when street lights are on because that is when the ground is free for children from our kind of background,” adds Pooja, who funds her Bachelor’s degree from Indira Gandhi National Open University through football coaching.

The academy’s efforts are evident in the fact that all the dropouts go back to school, complete their studies and opt for Bachelor’s degrees. Most of them are licensed coaches as well.

Apart from football, the academy sees to it that the children are familiarized with personal hygiene, environmental protection, sex education etc. Through these efforts, the academy seems to be making the world a better place for them.