Toppers all the way 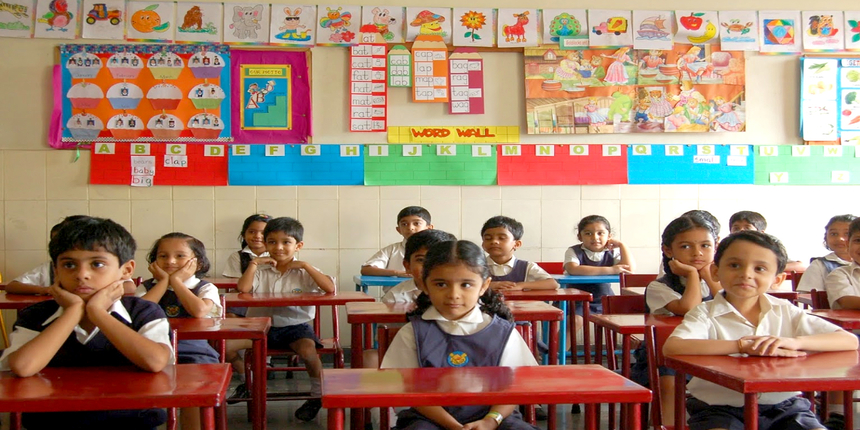 Gitanjali Senior School, Begumpet is contributing to the ever-changing canvas of education in a big way…

The name, Gitanjali Senior School, Begumpet instils awe in participants of every national student quiz competition. Its students emerge champions year after year in quiz finals, a tradition the school is proud of. It is not only in extra-curricular activities, but the school has also built a reputation in excellence in academics. This year, the state ICSE and ISC toppers in Telengana were from Gitanjali Senior School. Kritika Agarwal from Gitanjali Senior School, Begumpet was joint topper in ICSE examinations with 98.2 percent while her senior, Anisha Mansingh received 98.5 percent to top the state ISC examinations.

“I want to be a cricket commentator,” Mansingh, the grand-daughter of the 1983 World Cup-winning Indian cricket team manager P R Mansingh, said after the results were declared in May this year. In ICSE, the school had 88 distinctions out of 89 students who appeared in the examinations this year. “Our school is the pride of the city,” says Principal Maya Sukumaran. “Our students were toppers in ICSE and ISC in Telengana and Andhra Pradesh region this year,” adds Sukumaran, who won the Progressive Principal of India award, bestowed by the alumni of All India Institutes of Medical Science and Indian Institutes of Technology last year for leadership and innovation.

Founded in 1985, the school, which has 757 students and 70 teachers from Class VII to XII, is also known for its students excelling in Common Law Admission Test (CLAT). “The communication skills of our students are very good,” says the Principal about Gitanjali students cracking top entrance examinations in the country. Two years ago, in the Chartered Accountant-Common Proficiency Test, Nischil Narayanan, a student of the school, bagged the fifth rank at the national level. Prominent alumni include Olympics bronze medallist Gagan Narang, who brought cheers to the country by coming third in the 10metre air rifle event at the 2012 London Olympics.

Ensuring an equal connect to the community along with academic excellence is a priority for Gitanjali. The school runs a strong social outreach programme, fostering a sense of civic responsibility and ownership among the children. Working with old age homes and orphanages in Hyderabad is high on the outreach programme. Last year, the school students cleaned the Fox Sagar Lake in the city as part of the Swachh Bharat initiative of the Prime Minister. Gitanjali students have also distributed a whopping 6,000 saplings in the neighbourhood and the rest of the city.

“We encourage entrepreneurship among the students,” says Sukumaran, who became Principal in 2006, after holding the positions of Head Mistress and Vice-Principal of the school earlier. A 35-year veteran in education, she teaches trigonometry and calculus to Class XI and XII students three days every week. An innovator, she also encourages teachers to be active participants in the society’s progress. Gitanjali teachers are at the forefront in women empowerment and child development, participating in International Women’s Day celebrations and Children Against Child Abuse projects.

One of the innovative methods of education at the school is empowering teachers to go beyond classrooms in imparting knowledge. ‘The Aureole of Dynamism’, as the innovation is called, is spearheaded by the school founder Gita Karan, an educator for over four decades and winner of National Award for Best Teacher, and her husband Uma Karan. The school’s philosophy of innovation in teaching methodology and lifelong learning within the student and teacher community is led by the founder, Gita Karan.

“Dynamism in teachers is important in quality education,” says the Principal on the school’s unique practice of dividing teachers into groups to collaborate on creating and implementing ideas on the campus. The groups for teachers under ‘The Aureole of Dynamism’ are named The Bulldozers, The Think Tanks, The Mavericks, The Dissectors, The Extra Milers, The ‘Hands On’ Brigade and The Pillars of Support. “From the primary to senior level, teachers are part of the groups,” says the Principal, who leads these groups. The school, which is part of the Gitanjali Group of Schools, derives its name from Rabindranath Tagore’s seminal work, Gitanjali, which held that ‘knowledge is free’.