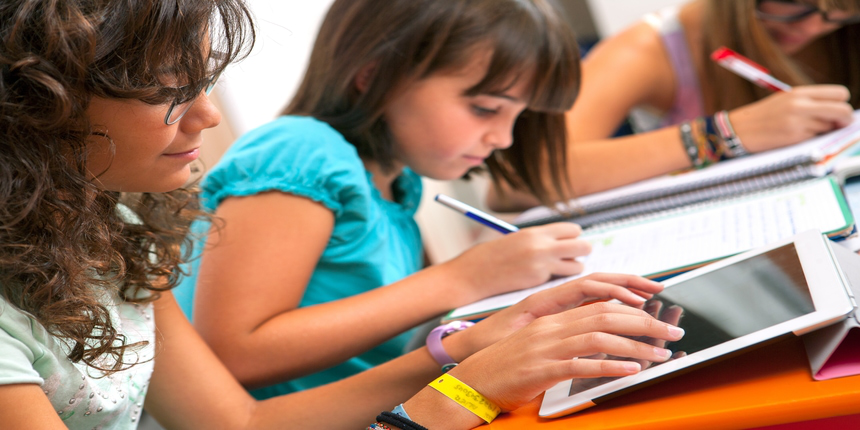 Technology has changed the way students are being taught these days. It is not just academics, but the entire gamut of schooling that is being influenced…

Since the time technology (especially digitalisation) has come into our lives, the way we do things has changed completely. In the initial stages, it was used only for teaching purposes in the classrooms. Off late, things have changed a lot. Now technology is being used for almost all the school activities, be it teaching, managing homework or bus route etc. Everything is being managed by ERP (Enterprise Resource Planning) nowadays.

Some clear-cut changes have taken place in the education sector in terms of using technology; the most obvious one being the idea of smart learning. “The most visible change that technology has made to the process of imparting education is the concept of smart learning. Tools such as smart boards and interactive gadgets are changing the face of education today,” says Pradeep Sharma, the Vice-Principal of Plenum School, Himachal Pradesh.

Search engines such as Google have made it easier for everybody, not just the students but also for the teachers and parents to get information in a matter of seconds. Personal devices such as mobile, tablets and laptops have given the students a sense of connectivity. “Children feel more connected when they have the ability to see and hear things on a device. Distance learning and e-learning platform are also educating the masses,” adds Sharma.

When it comes to technology, there are a number of tools which are helping students to gain knowledge. Use of ERP is a major tool in this regard. ERPs are divided into two parts, academic and administrative. “The power of spreading and gaining knowledge can be substantially increased with the help of technology. How technology is used to disseminate and absorb knowledge is a different matter,” says Devender Goyal, a school ERP expert.

It might sound absurd, but developers are working towards bringing the two together. Zigor Hernandorena Juarros, Senior Project Manager – Fun Learning Department, Ubisoft, believes that games can be used for education purposes. “Regular games very effectively teach the player everything he/she needs in order to play the game. Same games can serve as effective tools for learning skills for the 21st century if used in the classroom as supplementary material. In order to do this, we need to fight digital illiteracy,” says Zigor.

Bringing technology and education on level field is far from easy. From misusing the information to reluctance to learn and bring technology in the mainstream and lack of infrastructure in most of the Indian schools are some of the challenges.

“The major hurdle is the lack of adequate infrastructure in our nation. Internet connectivity is catching up but it is still far from satisfactory. Villages are often left with no electricity for the major part of the day and thus smart school cannot function there. People are usually reluctant to accept changes. A typical school teacher here would prefer a blackboard to a smart board to avoid the hassles of learning a new system themselves,” says Sharma.

Another challenge is in using education technology in an inclusive manner.“How do you make a game for coding which is as appealing to women as it is to men? You develop an application in VR or virtual reality because it is futuristic but then how do you make VR for blind people? It is challenging, but we will have to develop something,” explains Zigor.

Another challenge is the problem of plenty. “There are around 10,000 ERP software currently available in the market. It is very easy for unemployed engineers to create ERP software and sell it to schools. The problem lies in the fact that most of these engineers do not completely understand various processes of the school, yet they develop the software and do some basic customisation according to the school’s profile. In most cases, such ERPs are not user-friendly,” explains Goyal.

Technology appears to be a boon and at the same time a curse. The risks cannot be ignored. “The Internet, for example, is a pool of unchecked malicious content. Children are extremely prone to get swayed away by it these days. Smartphones are becoming a source of distraction rather than a medium of imparting education. It is quite easy for a student to find readymade assignments on the Internet and thus the temptation to work hard is withering away,” says Sharma.

The need for change

“We really need to embrace technology as we have embraced various changes over the past century,” advises Sharma. “I don’t think the next generation will have the choice but to go digital,” is Zigor’s parting shot.