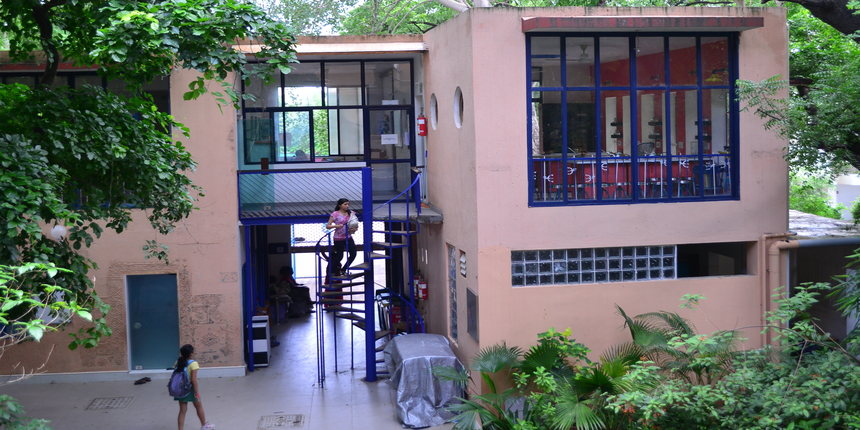 At Mahatma Gandhi International School, Ahmedabad, research and teacher training enrich the journey of a municipal school to a model of international education…

It is a school, of the children, by the children, for the children. It helps the wards learn from initiators (the school’s term for teachers) trained through years of in-house research. On the campus of Mahatma Gandhi International School in the heritage city of Ahmedabad, democracy co-exists with diversity and inclusiveness. With such a principled work ethics and values, it is no wonder then that the school, named after the Father of the Nation, is situated near the venerated Sabarmati Ashram, the soul of India’s freedom struggle.

A story of struggle

The story of the school too is that of a struggle -- against the apartheid in education. It all started from an idea of educationalists Anju Chazot and her husband Dr. Pascal Chazot. The idea was to start a school on a public-private partnership (PPP) model. It was the year 1998, a full decade before Parliament enacted the Right to Education Act.

“Both Pascal and me were unhappy with our own schooling experiences, so we decided to have a school where the children are happy, where learning is meaningful and purposeful,” says school Director Anju Chazot. “The education that traditionally is given to children is an education of day before, which is not going to work if you want to prepare them for tomorrow or day after. So, we are saying let us integrate the things that are going on today because if we don’t do that, we can’t prepare them for tomorrow,” adds Anju.

“The idea is when we can join hands, if we can work with the government then perhaps we can make a better use of the infrastructure that already exists rather than creating more infrastructure,” says Dr. Chazot, the Honorary Head of School.

For the school, it has been a great collaboration for two decades. “It is a no-profit model. It is one of the most affordable IB schools in the country.The idea was to bring in an innovative learning space, to bring in an international school that reaches out to the middle class as well as the poor along with the people from more elite sections of the society, to have diversity in the learning process,” says Anju.

Once a municipal school, MGIS is today an international school where students from countries such as the UK, the US, Australia and South Kore come to learn with its students. The management of MGIS is run by a trust, with the Municipal Commissioner, Mayor and Chairman of Municipal School Board besides Anju and Chazot as members. “All policy decisions are taken by the trust and there is a lot of academic autonomy,” says Anju.

The active learning strategies and experiential pedagogy developed by Dr. Chazot with the help of researchers from the University of Paris 13 encourages children to undertake projects linked to their own real life context, using an enquiry-based and problem-solving approach. It is a methodology inspired by the theories of philosopher Jiddu Krishnamurti, psychoanalyst Sudhir Kakar and Mahatma Gandhi as well as Swiss psychologist Jean Piaget, Soviet psychologist Lev Vygotsky, American philosopher John Dewey, French educational reformer Celestin Freinet and German-American psychoanalyst Erik Homburger Erikson.

“One of the important elements of our pedagogy is that we use project-based learning,” says Anju. “We map the projects for the subjects they are going to be learning and their competencies are integrated. Secondly, we are also using a lot of available resources for learning. Thirdly, we are using the body and the senses to learn, which means the five senses, but nowadays we are also using a lot of the sixth sense, or what we may call, the intuition, in the learning pedagogy. Pascal and I have developed it and we brought it into the teacher training and into the curriculum,” she adds.

The results of experiential learning are evident. A short film on the city’s heritage made by the students was bought by the Gujarat government to promote sustainable tourism. When Ahmedabad got the tag of India’s first World Heritage City last year, the school gave inputs for a new undergraduate course on Heritage Management by the University of Ahmedabad. “The students learn how to integrate their city into the curriculum,” says IBDP Coordinator Ravinder Kaur. The students have made films for the Election Commission of India on voter awareness and designed posters on voters’ pledge, which was signed by 7.1 million people.

The learning happens in a bench-less classroom that leaves the space open to experiment and do activities. “We have no backbencher or frontbencher,” says Kaur about internally-designed tables that fold into the walls. “We use space and body to learn. There is a lot of movement in the class,” she adds. No wonder, the school has become a site of study for different boards, including NCERT and CBSE. Educators and students enrolled in B.Ed colleges in Gujarat and abroad come to study the school’s innovative practices.