Cathedral and John Connon School, Mumbai, the more than one-and-a-half-century-old institution, encourages students in community service. Service to the community is part of Cathedral's DNA and begins very early at the infant school itself.

In February this year, a group of Senior Secondary students from the Cathedral and John Connon School travelled to the Nagarmoda village in Jawhar, a former tribal kingdom on the outskirts of Thane known for its famous Warli paintings celebrating rural life. The students from the International Baccalaureate (IB) and Indian School Certificate (ISC) programmes stayed in the tribal village and built 12 toilets for its families before returning to the heritage campus of the school, founded more than one-and-a-half centuries ago. “It is very important in a country like India to connect with our communities,” says Principal Meera Isaacs. While the school, which introduced the IB programme in 2015, emphasizes on new-age skills, technology and critical thinking in its philosophy of education, a similar stress is laid on reaching out to the fellow citizens. 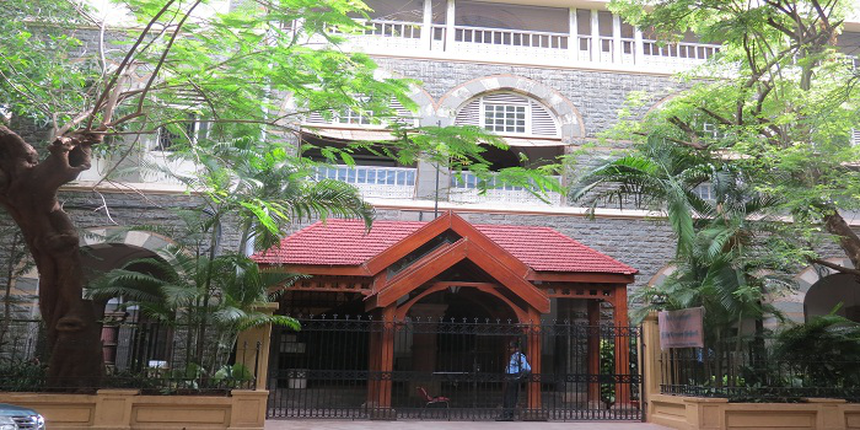 “Service to the community is part of Cathedral’s DNA and begins early at the Infant School itself,” explains Issacs, the Principal of the historic institution situated in Fort, Mumbai, for the last 21 years. When the school’s girls’ football team won a city championship last year, the whole cash prize of Rs 30,000 was donated to the drought-hit farmers of Maharashtra. The school students collected as much as Rs 20 lakh for the distressed farmers. After the devastating floods in Srinagar three years ago, the students of Cathedral raised Rs. 22 lakhs, which came in handy for a new pediatrics unit at the G B Pant Hospital in Srinagar for diagnosing and treating diseases related to digestive organs. “We have a very strong social service programme,” adds the Principal.

Under the Interact Programme, children from poor families come to the Middle School’s classrooms every Thursday afternoon to play and have food with the students. “The children even get gifts when they go back home,” says Isaacs. The school children also return the visits, going to the homes of poor people as well as visiting old age homes to care for the elderly. When one of the school students celebrated his birthday, he sent foot sizes of children from poor homes to his friends so that shoes of the same foot sizes could be brought as gifts. “I am glad it happened. This unique birthday celebration is now spreading,” says the Principal, who wrote an email to parents of the school students highlighting the boy’s spirit of community service.

Last year, Cathedral students collaborated with well known media entrepreneur and Mumbai resident Ronnie Screwvala, whose non-profit Swades Foundation is working among the villagers in Raigad district of Maharashtra to raise the levels of education, healthcare, sanitation and nutrition. It is not surprising that Screwvala, the founder of UTV Group, is an alumnus of the Cathedral school. “All of us in cities are divorced from the reality of rural India,” says Principal Isaacs.

“I think my early years at Cathedral School taught me two important lessons,” says Screwvala. “One, because I was active in elocution, debate and drama, I gained confidence and communication skills that stood me a good stead all through my entrepreneurial journey. Second was the strong value systems and social awareness. It would be those early years, which influence you the most that led my wife Zarina and I to found the Swades Foundation where we work with a million people in rural Maharashtra. It was a great sense of pride for me that when we wanted schools from urban Mumbai to step up and adopt schools in rural India and mentor the kids there, the first school to participate in this was Cathedral and we had 40 students spend three full days in Raigad village and work on diverse things across three schools there. I think it left an impact as much on the 40 from Cathedral as it was for the over 100 children they spent time with,” he says.

Founded in 1860 as a choir school for the St Thomas Cathedral in Fort, the school has come a long way. “We are extremely good ambassadors of not only the school, but also for our country itself,” says Isaacs. With 2,000 students and 185 teachers in its separate sections from the Infant School to the Senior Secondary level, the school regularly finds itself on the top of the honours for academic excellence. Last year, the Newsweek magazine placed the Cathedral in the Best of Asia’s IB Accredited Programmes, along with schools like the Seoul’s Dwight School, Shanghai’s YK Pao School and the International School of Asia in Kuruizawa, Japan. The British Council International School Award for 2016-17 conferred on the school last year for its overall academic achievements in IB, ISC and ICSE programmes, praised the Cathedral’s “outstanding level of support for nurturing global citizenship in young people” and bringing “internationalism in curriculum”.

“According to the IB philosophy, our school’s mission is to prepare our students as human beings who are caring, informed and international citizens,” says the Cathedral’s IB Coordinator Latha Balaji. After the IB programme was added to the school’s ISC/ICSE programmes, the first batch of IB students from the Cathedral passed out this year. “As many as eight students received above 40,” says Balaji, referring to the maximum possible Diploma points of 45 under IB programme. Two students received 44 points.

The school has 90 students in the IB programme, but that number is expected to go up in the near future with the Cathedral acquiring the iconic Kodak House in Mumbai to house its IB students. “It was extremely difficult to find a suitable building for our IB students,” says Principal Isaacs. “Thankfully, our ex-students helped us find a campus that aligns with the Cathedral’s history.” The Kodak House, situated on the D N Road and formerly owned by the Deustche Bank, will undergo changes inside to accommodate the classrooms for IB and IGSE students. “It is about 40,000 sq. ft. and we hope to have 350-360 students there,” adds Isaacs.

“The IB programme is becoming very popular in the country,” says Isaacs. “It is a global system because so many people are moving from one part of the world to another.” According to her, the IB programme puts emphasis on new-age skills, technology and critical thinking. “There is application of what we are studying and the ability to understand the concept and work from there.” When the Cathedral started its IB programme, it sent its teachers to workshops conducted by the IB Board to prepare them to teach the students.

“The entire 22 cohort have secured placements in prestigious universities abroad,” says Mrs Balaji about the first batch of the Cathedral’s IB Diploma pass-outs this year. The school runs an Advanced Placement Programme for the College Board in the United States for its students. Of the 22 IB students who passed out this year, 21 went to join universities in the United States.

The school and its students are spreading their wings for more glory, but the Cathedral is rooted in tradition while embracing the modern times. Every year on the school Foundation Day on November 14, the school cathedral choir performs to a huge audience to remember the beginning of the great institution, as a Choir School in 1860.

It helps that the school is led by a principal, who became part of the Cathedral as a teacher to begin with. “I came here as a teacher. And I know the school inside out,” says Isaacs. “I am very aware of the school’s history and legacy,” she adds. Three months ago, Maharashtra Chief Minister Devendra Fadnavis presented the Women Achievers Award to Principal Meera Isaacs at the Impact 2017 held in Mumbai for her significant contribution to the state’s education. “We are extremely good ambassadors, not only for the school, but also for our country,” says the Principal, who is leading a closely-knit community of the institution’s current as well as former students and teachers, and staff.