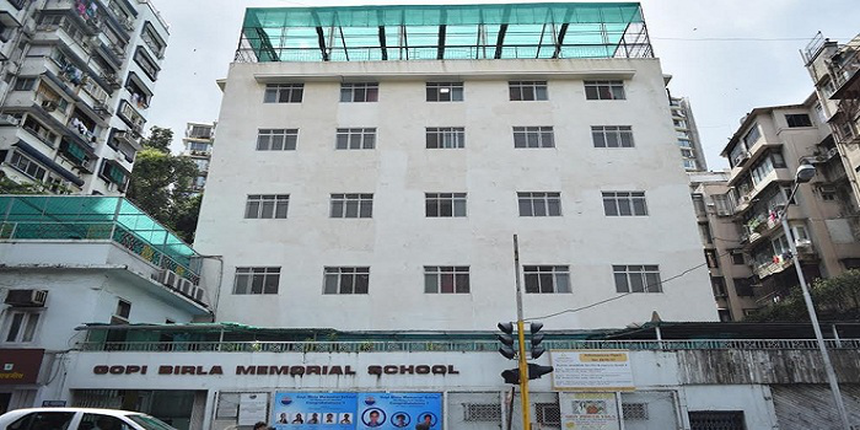 Technology and an inclusive policy of education is the hallmark of the much-respected Gopi Birla Memorial School in Mumbai. The school is committed to admit every child with a disability. Read on to know more.

It is exciting to be a student of a school that overlooks the Arabian Sea in Mumbai. It is also exhilarating to sit in a 3-D virtual classroom while the cool breeze from the sea wafts into the class. The students of Gopi Birla Memorial School, a highly revered institution in the city of Mumbai, find the campus their home. The pupils respect the nature even while they embrace technology as a tool for learning. Founded in 1953, the school is named after the grandmother of industrialist Yashwardhan Birla. Started as a school to improve the educational standards of the girls from the Marwari community, the school today caters to the needs of the whole community. Two decades ago, the school also opened its doors to boys, changing its status from an all-girls school.

“We are steeped in our age-old values,” says Principal Deepa Shetty. “At the same time, we have adapted to the new technology to impart learning and skills to the children. The 3D classroom is an example. The new technology is used to teach maths and science. There is more clarity when you show how a human heart works through the digital 3D platform,” says Shetty. “Compared to a verbal discussion in the classroom, you feel you are the only one watching when you put on 3-D glasses in a virtual classroom,” she adds. “The experience is visually stimulating to the child.”

The school, which follows the CBSE curriculum, has an inclusive policy. “We have children from elite backgrounds and children of government employees,” says Shetty. The school has trained counsellors to work with its students who need special attention and is also proud of its commitment to admit every child with a disability, who applies to the school. “We do not stop admission to any child. We take the children and work with them,” says the principal. “We do not alienate the child.” This year, the school has a Class X student, who is completely visually impaired. “He is my topper every year,” beams the Principal. The student, who lost his vision when he was in Class VI, works in the class using a laptop equipped with a helpful software. “The children with disabilities are all able to get into top colleges,” she adds. “This has been one or our greatest achievements.”

Shreyansh Jain, a Class XI student of the school with limited mobility, had to undergo two major surgeries last year. He, however, grabbed a CGPA score of 8.8 when the CBSE Class X board results were announced in June. Jain has been a student of the school from the nursery classes. Nehal Tiwari, with similar challenges, scored 74 percent in her Class X examinations in 2015.

The school, which is wifi-enabled, uses computers and projectors in every classroom. “First, we had PowerPoint presentations. Then we moved to animation to help the children learn. When the 3-D movies started coming in, we added the 3-D virtual classroom,” says Principal Shetty. Developed by Birla EduTech, which runs 51 schools across the country with the Gopi Birla Memorial School as its flagship school, the 3-D classroom was launched in the school in April this year. “It makes smart classrooms smarter,” explains Yatharth Gautam, Head (Marketing) of Birla EduTech. While the Birla EduTech has developed the content for the virtual classrooms, the technology came from its tech partner, CBU. “The Gopi Birla Memorial School is the first school in the country where we have implemented our virtual classroom concept,” says Gautam.

The school also boasts of a blend of languages - English, Hindi, Marathi and Sanskrit - among its subjects. Working without a sports ground, the school has turned the disadvantage into an advantage by creating international-level sportspersons in indoor games like handball, karate and taekwondo. “Our students go to the popular Chaupati on the Marine Drive to play volleyball and the August Kranti Maidan for cricket,” says Shetty. An Interact Club ensures a strong connect with the local community, leading to donation drives in books, grains and old toys while the students also go to government schools to teach their students.

Placement is another strong point of the school. A Career Connect programme for Class XI and XII students see representatives of foreign universities visit the school campus and talk to the students. The school staff also ensure that the students prepare themselves for placement by improving soft skills. “We regularly take our Senior Secondary students to career fairs,” says the Principal. Every Monday, parents walk in to the Principal’s office for a conversation without needing to get an appointment.

With its strong bond with the student community, the school’s former students keep coming back to meet the teachers and staff. At the school’s Foundation Day on July 22 this year, four students from the first batch of Class X students in 1963 joined in the celebrations. “Among them was the first student, who was admitted to the school in 1953,” says the Principal.