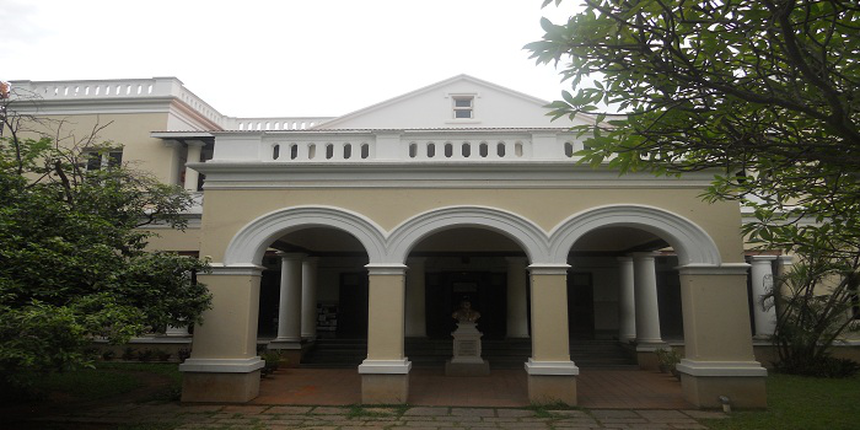 M. Ct. M. Chidambaram Chettyar International School, Chennai is a symbol of the city’s development in the last century. The school strictly believes in maintaining high quality and giving back to the society. Read the complete article to know more about the school.

If there is one way to look at the progress of the city of Chennai, the first step will be to start with its brand new international school and trace its journey backwards. The M.Ct. M. Chidambaram Chettyar International School located in Mylapore, one of the earliest residential areas of Chennai, hides much of the history of the city’s development in the last century.

The school, Chennai’s first homegrown International Baccalaureate (IB) institution, runs on solar energy. Sitting by the side of its parent heritage building, an architectural marvel where Mahatma Gandhi rested while visiting the city during the freedom struggle, the modern international school symbolises the progress South India’s foremost city has made. Last year, Pranav Thandu, an IB Diploma student of the school developed an app, called Study Mate, to help fellow students plan their schedule of studies. Thandu was following in the footsteps of M. Ct. M. Chidambaram Chettyar, the doyen of Indian industry in the early part of last century.

M. Ct. M. Chidambaram Chettyar was a pioneer in insurance, banking and even skycrapers in the country. When British insurance companies dominated insurance in the late 19th century and early 20th century, M.Ct. M. Chidambaram Chettyar built a strong national insurance company, the United Life Assurance Company, which later became the Life Insurance Corporation of India (LIC). Son of Sir M. Ct. Muthiah Chettyar, industrialist and member of the Imperial Legislative Council, he was the brain behind the 14-storeyed present-day LIC building in Chennai, which the local The Hindu newspaper reported on the day of its inauguration in 1959 by the then Union Finance Minister Morarji Desai as the “tallest building in India”. He also created the first Indian bank branches abroad, by Indian Overseas Bank and the first synthentic fibre company, the Travancore Rayons.

‘We receive but what we give’

The international school traces its origin to the M. Ct. M. Chidambaram Chettyar Matriculation Higher Secondary School, founded in 1981 by Sivagami Pethachi, the mother of M. Ct. P. Chidambaram, the current Secretary of the School. “My mother started the school in memory of her father-in-law,” says M. Ct. P. Chidambaram. “She wanted it to be a school with a difference.”

Sivagami Pethachi visited several leading schools in the country and abroad to find the best practices in education. Impressed by her leadership, the National Institution of Education Planning and Administration soon made her a member of its panel on educational planning in the country. “We followed her commitment and my grandfather’s vision,” says M. Ct. P. Chidambaram, who oversaw the launch of the international school in 2009.

Pioneers of IB in Chennai

The international school offers IB Diploma to students while it follows the Cambridge Secondary Programme from Class VI to VIII and Cambridge IGSCE from Class IX to X. “We started the first IB curriculum in Chennai,” says M. Ct. P. Chidambaram, an alumnus of the Doon School. Started with only seven students, the international school today has 136 children in its three-storeyed building fuelled by solar energy. “We built a 30 KW solar energy plant in December 2015, which supplies half of our energy needs,” he says. The Matriculation Higher Secondary School, which runs from a 150-year-old building, follows the Central Board of Secondary Education (CBSE) curriculum. “We felt the international school was necessary in the city. We have one of the lowest fee structure for an international school in the country,” says M. Ct. P. Chidambaram, who went to the United States for his Master’s in Management.

Growth of the institution

The international school began functioning in the heritage building of the Matriculation Higher Secondary School in 2009 before it shifted to the new building four years ago. The first IBDP batch came out in 2011. “Chennai was the last to get on to the international curriculum,” says Vijayalakshmi Subramanian, Adviser to the school, who was in-charge of the introduction of the IB curriculum in the school. “It took us 4-5 years to get sufficient number of students to get going,” she adds. The academic results have been impressive while the school’s students regularly find placement in universities in India and abroad.

“Our vision is to retain Indian values without losing sight of who we are,” says M. Ct. P. Chidambaram, who is the Honorary Consul of Finland in Chennai. “My grandfather is a major inspiration for all of us.”

The international school believes in the small school concept. “We want to maintain the high quality,” adds M. Ct. P. Chidambaram, who invited the Head Master of his alma mater, the Doon School, to the international school campus a few years ago. “He said our school is one of the finest schools he has ever seen,” says the school’s secretary, who had writer Amitav Ghosh as his senior and house captain at the Doon School.

The international school students are closely associated with community services in the city and render them wholeheartedly. In August this year, the IBDP students visited an animal shelter to clean the facility and feed the animals. The students also ensure they understand tradition even while they follow an international curriculum. One of the extra-curricular activities at the school is to learn Silambam, an ancient Tamil martial arts aimed at self-defence using wooden sticks.