Learning to lead by example 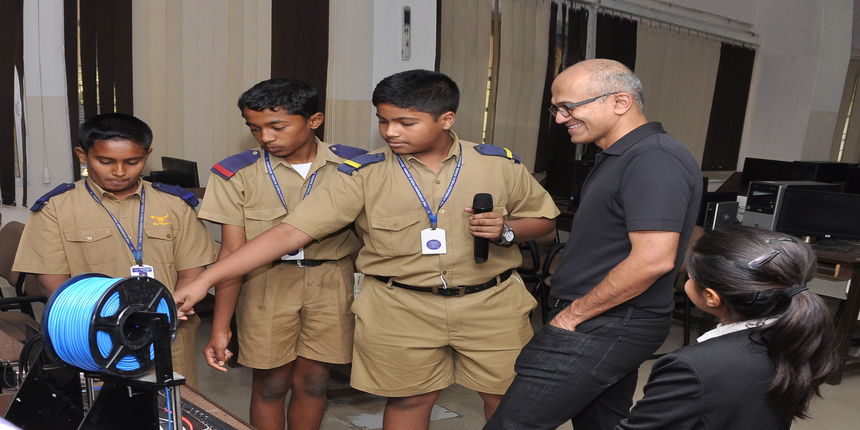 The Hyderabad Public School, Begumpet stands tall as a school for the children of jagirdars to a workshop for the world’s future leaders…

Linking past and present

From its birth in 1923 as a school meant for the children of jagirdars (feudal landowners), the institution has come a long way. Situated on a sprawling campus in the heart of Hyderabad, the school is a training ground for the world’s future leaders. The school maintains strong alumni connect for the current students to benefit from the former students who are global leaders. “There is a collaborative effort between student activities and alumni relations,” explains Amritha Chandra, who heads the English Department. “Current students organise reunions of former students on the school campus and interact with them,” says Chandra. “Student editors get in touch with successful former students for an article in the school magazine,” she adds.

There is a strong emphasis on linking the past heritage of the school with the present for the students to benefit in the future. Former students are often invited to the campus for school events, an inspirational talk or lectures on specific topics. They also pitch in to contribute to the school’s website. Former students write blogs for the school’s website and engage in intense alumni networking, giving advice and direction. “Former students are also invited into campus programming, creating a sustained relationship of engagement and stewardship,” says Chandra.

Nadella visited the school in February last year, spending long hours on the campus and interacting with the students. The Microsoft CEO inaugurated the Turner Library and Ramandeep Kaur Samra Centre for Performing Arts on the campus. He also played cricket with the kids, discussing technology topics like robotics. The school ensures that there is a continuous connect with the former students, who regularly visit the school and even write letters to students. “Much of what I have achieved in the corporate world may be attributed to what I learnt in the classrooms and the cricket grounds at HPS,” a humble Nadella told the students.

The school’s tradition in nurturing leadership is inspiring the young minds in a big way. Says Head Boy, Srinivasa Ikswaja Chelluri, “The innovative approach of our school in catching us young and training us through activities that range from cherishing diverse cultural values, voicing our honest opinion on issues to spending quality time with the aged and the needy have moulded us into strong leaders with a zeal to serve society courageously and with empathy.”

The school sows seeds of leadership in the young minds very early. One of the initiatives is instilling prefectoral responsibility from Class 1 onwards. The students are encouraged to lead the school from early years. The school nominates students for the Global Young Leaders Conference. Workshops and lectures are regular on the campus for students to sharpen their knowledge and focus from experts in various fields. Recently, HPS student Tarunim Jamal travelled to a climate change conference in Germany to present a paper. HPS students regularly take part in the Green Olympiad, National Science and Cyber Olympiads and the International Math, English and French Olympiads.

The school opened its doors to students beyond the children of jagirdars in 1951 when the jagirdari system was abolished by the government of a free India. An all-boys school, it went co-educational in the ‘70s. The school offers scholarships instituted by the Telengana Welfare Department to children from backward communities.

The school follows a constructivist approach to academics with a strong emphasis on the learner rather than the teacher. Multiple Intelligence theories have been a popular basis for reform efforts within education, underlining the fact that students represent a diversity of cognitive strengths and various ways of learning.