Learning to Change the Lives 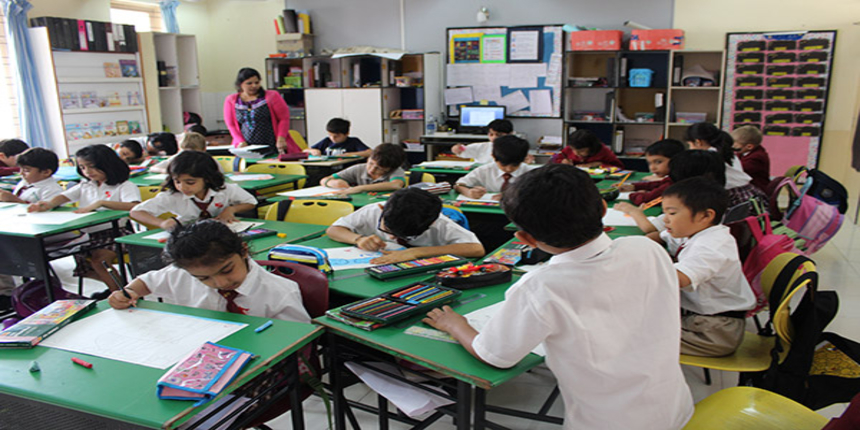 At Symbiosis International School, Pune, community connect is a recurring theme in the institution’s quest to transform the country’s educational landscape…

When the devastating floods ravaged large parts of Kerala in August, the senior students of the Symbiosis International School (SIS) were on their feet every day, collecting money and medicines for the people of the southern state. Students of Class XI, who led the initiative, collected Rs.2 lakhs for the Chief Minister’s Relief Fund, while also sending rice, sanitary napkins and medicines to the flood victims.

“It was the first live relief operation by SIS students,” says SIS Director Narendra Kumar Ojha. The Kerala floods relief was the newest of the school’s student initiatives in community participation. The SIS students have so far conducted 12,500 vaccinations for members of poor families in Pune district. Last year, the number was 6,000. The students have also adopted two villages - Bamnoli and Bhima Shankar - in Pune. In the last two years, SIS students have also participated in organ donation drives, adding more numbers into the efforts to give a fresh lease of life to many people.

The school, which follows the IB curriculum from primary years to Class XII, considers social service as a means to change lives. Founded in 2005, the SIS has quickly grown to become an influential institution on Pune’s educational map. The CAS (Creativity, Activity, Service) projects of SIS students are closely linked to Pune’s society. Last year, Mallika Dutta, a Class XI student, conducted a study on water borne diseases in the city by collecting samples of ‘panipuri’, a popular street snack. Dutta went on to test the samples in the lab and published the results in a local newspaper.

“Linking real time issues with class education is important to find solutions,” says Madan Mohan, the Vice Principal and the school’s International Baccalaureate (IB) Diploma Programme Coordinator. The school, which has 120 students in the IB Diploma Programme and 40 teachers, was founded in 2005. With all the three IB programmes - Primary Years, Middle Years and Diploma - the school relies on peer assessment on campus.

With an international outlook, SIS conducts workshops every five years to create the school’s mission statement. “The mission statement is a flag mast,” says Director Ojha. Understanding of differences is a priority. “Other people with their differences can also be right,” says the Director.

Visual Arts is a major component in SIS education with the school focusing on interactive art to engage the students. “The idea is to spur thinking about the different possibilities and ideas,” says Mohan, who has been the DP Coordinator for the past ten years and Vice- Principal since 2017. The response of the viewer to an art work is given importance.

With Pune housing the iconic Film and Television Institute of India (FTII) and the National Film Archives, the school also focuses on filmmaking by students. There is also an emphasis on linking arts and psychology to encourage analysis. With all the technology available on the campus, the school strives to find a balance between gadgets and galvanization. There is excitement, the school believes, in learning without the use of smart boards. “Smart boards take the teacher away,” says the Vice-Principal.

A Bistro mode of research allows the students to delve deep into subjects. “It could be researching a topic or writing a philosophical essay,” says Mohan. The research and essay writing enables the students to understand a different point of view as opposed to conventional thinking. The students also seek out fellow students, teachers or school staff from different departments to obtain different views.

The students use the school laboratory to conduct experiments to find answers to questions or ideas they have come across. For example: What is the effect of a sugary soft drink on a fern leaf? Or a more sports-related question such as: What is the angle of release of the ball for a three-pointer throw in a basketball court? The answers are obtained through hard work. In the case of the three-pointer, the student conducting the experiment would first take a series of photographs of the throw and use a specialised software to analyse the motion thorough the assembled data.

Three years ago, a Class XI student of SIS counted the potholes on two roads in Pune and submitted a report to the municipal corporation, which took immediate action to repair the roads. In a forthcoming project planned by students, pictures of similar civic problems would be taken for publishing in the newspapers as a citizen journalist.

The community connect of the students is palpable on the campus. “The SIS students regulate traffic at a busy intersection near the school in Viman Nagar every day from 7:15 am to 8:15 am, the peak hour,” says the Vice-Principal. Confidence and optimism is the cornerstone of the SIS campus. Flaunt the goodness that is given to you: that is the mantra. “When 50 people go out, they create pockets of goodness,” says Director Ojha.

“Our academically rigorous curriculum is an essential catalyst that fosters a desire for lifelong learning. We aim to nurture adept netizens, promote inclusivity and unwavering integrity,” says SIS Director Narendra Kumar Ojha. “Our effort has been to unify the world as one family in order to produce successful, responsible and creative global citizens who, in turn, will strive for excellence and the progress of society,” says Vice-Principal Mohan.