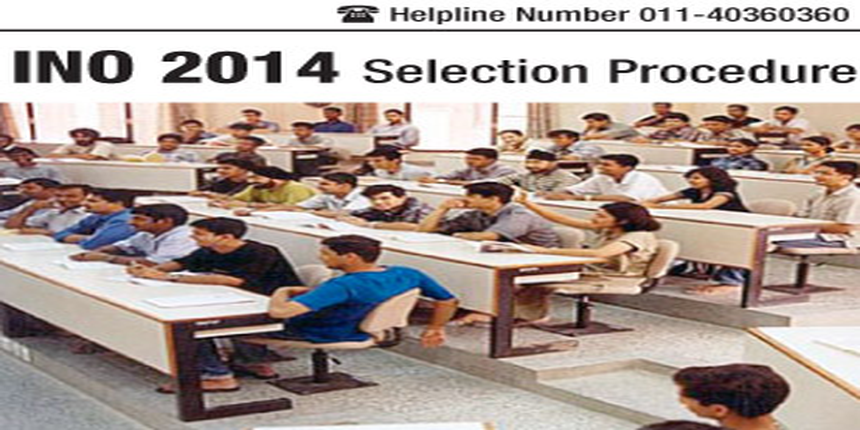 The Indian National Olympiad is a five Stage process for each subject and is conducted solely under the guidance of HBCSE. The INO 2014 Selection Procedure is same for all the five subjects- Physics, Chemistry, Biology, Junior Science and Astronomy, held at about 15 centers of the country. Selection Process for INO is a lengthy procedure and select students from each stage to proceed and compete at international level Olympiads.

The first stage of the INO 2014 Selection Procedure is National Standard Examination (NSE). Every student aspiring to go through Olympiad examination programme must enroll for NSE in related five subjects- Physics, Chemistry, Biology, Junior Science and Astronomy. Once a minimum applicable score is achieved at the NSE stage, student qualifies for the INO stage. Eligible students selected from Stage-I exam are announced on the website along with official postal communication sent to each student via post.

INO for each subjects, such as INPhO/INChO/INBO/INAO/INJSO,are held on separate days and timings, so that a student who have applied for one or more subject can appear in the concerned examination. Students must note that they are only selected for INO if they have appeared in NSE and scored a minimum applicable score.

The INO 2014 Eligibility Criteria follows the guidelines laid by NSE for different subjects.

For Physics, Chemistry, Biology (NSEP, NSEC, NSEB): All Indian students who are born on or after July 1, 1994 and, are in Class XII as of November 30, 2013, are eligible to appear. If students qualify the NSEP/NSEC/NSEB, they are eligible for other preceding stages, which then lead to participation in International Olympiads for Physics/Chemistry/Biology respectively.

For Junior Science (NSEJS): All Indian students who are born on or after January 1, 1999 and, in addition, are in Class X as of November 30, 2013, are eligible to appear. If a student qualifies the NSEJS, he/she will be eligible for further stages and finally in International Junior Science Olympiad.

For Astronomy (NSEA): All Indian students who are born on or after January 1, 1995 and, in addition, are in Class XII as of November 30, 2013, are eligible to appear. If students qualify the NSEA they will be eligible for further stages, which lead to participation in International Olympiad in Astronomy and Astrophysics.

As the students fulfill the eligibility and score criteria at each stage, they are informed for the next qualifying stage of the examination.

Stay tuned to careers360.com for more news and updates on INO Exam