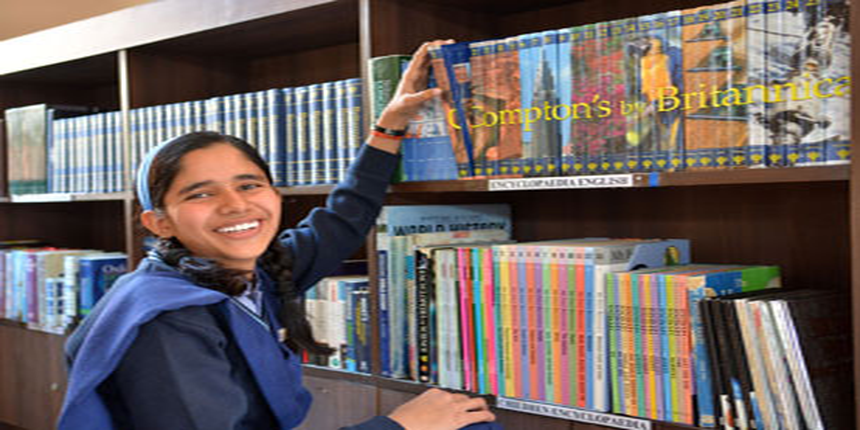 Puja, the only child of a poor widowed mother was almost on the verge of quitting school. The family just couldn’t afford to let her study. However, the Head Master of her Primary School convinced Puja’s mother to let her apply for an entrance, which if she cleared will provide her free education. She finally applied for it and gained admission in the school. Puja who is in Grade 10 says, “I want to join administrative services and plans to take up Humanities at 10+2. I will plan my future course of action accordingly.” She attributes her success to VidyaGyan, a school with a difference.

Every year VidyaGyan admits some 200 bright kids like Puja from poor backgrounds who hail from rural areas of Uttar Pradesh. Roshni Nadar Malhotra, Trustee, Shiv Nadar Foundation (SNF) elaborates the objective of starting a boarding school for underprivileged children, saying, “Elite boarding schools in India such as Mayo, Doon, Sanawar, and those abroad have proven time and again that leadership qualities can be inculcated in children in the formative school years. But they have always catered to the elite. Whether the government or majority of other foundations in India, their definition of education for the masses is focused on the problem of literacy, not the problem of leadership. It is a corrective approach rather than a creative one.”

An eye on weaker sections

VidyaGyan is a platform that gives access to a space which is mostly within the reach of the urban elite. “At VidyaGyan we want to focus on a much smaller number but drive rural and meritorious rough diamonds on the path towards excellence. We want to nurture the potential of rural students to become leaders in whichever field they pursue, for instance, IAS, army, engineering, medicine, sports, research, entrepreneurship, art. And who knows, maybe one day in the future, VidyaGyan will produce a Prime Minister, President or Nobel Laureate for India. This is truly the genesis and the depth of our vision. It is extremely difficult but not impossible,” says the trustee of SNF that runs VidyaGyan.

This year VidyaGyan celebrated the convocation of its founding batch of 187 students who passed CBSE class XII exams. The school registered 100 percent pass rate with 139 students scoring above 80 percent; 53 students out of them scored above 90 percent. Shikha Sirohi, the school topper was the second highest scorer in Bulandshahr district with 96.6 percent.

As of now, 50 students of the founding batch have secured admissions in top colleges of Delhi University including St. Stephen’s College, Hindu College, Lady Shri Ram College, Ramjas College and Gargi College. Another 50 students have made it to other leading institutions including Jamia Millia Islamia, the National Institutes of Technology, National Institute of Fashion Technology, Delhi College of Arts, Shiv Nadar University, Banaras Hindu University and Aligarh Muslim University.

Adding a feather to VidyaGyan’s cap, five students from the same batch gained admission to prestigious international institutions including, University of Massachusetts, Amherst and London College of Fashion.

VidyaGyan is gaining popularity among the underprivileged in India’s most populous state. Piyush, a Grade 11 student from the state’s Amroha district used to help his father, a farmer, in collecting milk from nearby houses in the morning and evening and take it to a dairy plant to earn their livelihood. His native place had only one primary school where the Head Master spotted Piyush’s interest in studies and convinced his father to send him to VidyaGyan.

The school began its journey in the year 2009. It was so meticulously planned out that on the very first day classes began early in the morning at 5.30 and continued till 9.30, with clock-work precision. Bishwajit Banerjee, sharing the experience of the first day said, “When we look back we find that things went smoothly on the very first day. Living in hostel, wearing school uniforms, food from a cafeteria, computer and other labs and sports facilities -  these were all new for them and that kept them busy, as they were not exposed to them before and so there was excitement all around.”

Now the school has got eight batches. So there are students in different grades and fresh students find it easy to adjust. The school has designed a foundation course where initially the medium of instruction is bilingual so that children have no problems with communication.

Teachers feared that imparting learning to rural students in a boarding school would be a difficult task. However, VidyaGyan proved to be pleasantly contradictory. Shalini, who teaches Biology to students in 9th to 12th classes shares her experience. “I would say teaching in a normal public school is difficult than teaching in VidyaGyan because in a normal school there are many disciplinary issues while in VidyaGyan the moment you enter the class you can start delivering the lesson and students are very attentive and so things go as per plan,” she said.

Kabir Ahmed, another founding teacher like Shalini who teaches science till class 10 said, “What we have found is that our students are very motivated, they keep asking questions. We do not have to make extra efforts to catch their attention. Our students are focused and they know where they are and what they are. This is a big difference between kids from our school and that of others.”

The students at Vidya Gyan are not only highly motivated but also familiar with the country’s problems and want to play a role in nation building. Unlike students of many schools across the country who just want to get into engineering and medical streams, the students here want to pursue higher education and also go abroad for that.

Manvi of class 12, a student of the founding batch who went for a year to USA under an exchange programme says, “The journey at VidyaGyan has been awesome as I have seen so many changes in me over these years. I was an introvert child when I came here and also did not know English at all and also had problems in living in a hostel. But I got the support of my teachers and school management and they treated me like their own child. We got opportunities to interact with visitors from all over the world and living with students from other parts of the state has also made us wise.”

Manvi said that she wants to go abroad for higher education and study political science. “I plan to study in National University of Singapore,” she said.

Lokendra, another student from Grade 9 said, “Initially I used to get struck at many of the places but the teachers helped me a lot. I want to become a doctor so that I can contribute to my country as there is huge shortage of doctors.”

VidyaGyan follows the CBSE curriculum and these students start learning English when they join class 6. But their perseverance and focus are unmatched when compared to their urban counterparts. When its first batch sat for the 10th Board examinations in March 2014, out of 193 students; 55 students got a perfect score of 10 CGPA.

All aspects of leadership, creativity are strongly encouraged at the school. “Much like what the IITs did for India in the past century in higher education, we hope VidyaGyan will become a beacon of hope for students from rural Uttar Pradesh to dream big and achieve even bigger. With a bunch of committed teachers and equally enthusiastic students, VidyaGyan is all set to make a mark in India’s school system.