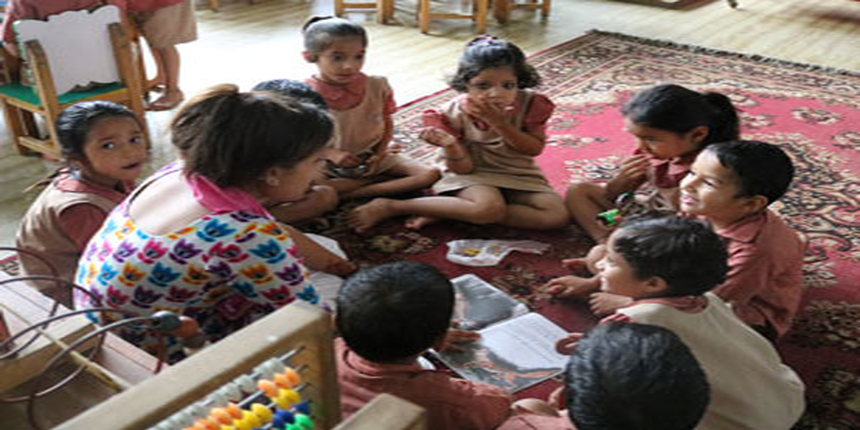 In 2002, Ankit Naudiyal’s family migrated from Pauri Garhwal to Purkal village in Dehradun. His father found a helper’s job in some shop, and mother as cook in a school operating in a rented cattle shed for the underprivileged. The founder of the school G.K Swamy roped her son into the school. After putting his heart and soul into academics, the boy later joined DIT for a BSc course in IT. Today he works as Senior Systems Engineer at Infosys. Naudiyals are grateful to the school and Ankit now funds the education of a needy child while his mother continues to cook at the school.

Ankit’s success story is not an isolated one. Several stories from a porter’s daughter who became a graduate teacher, and from street children graduating to B.Tech students bear testimony to the prosperity that Purkal Youth Development Society, in short PYDS school, has brought to the underprivileged society of hilly Purkal.

From a cattle shed to a full-fledged school

In 1998, G K Swamy, a retired economist from Mumbai, tagged his wife Chinni along to resettle at Purkal, a village nestled on the outskirts of Dehradun. An acute diabetic, and tired of city life, Swami intended to live in harmony with nature, and serve the youth of Purkal and nearby villages. To help the rural community gain access to quality education, he started off by giving free tuitions to four local kids after their school hours. “We had to give them remedial help to make them competent to join good schools,” says the 80-year-old philanthropist.

In 2003, Swamy registered the Purkal Youth Educational Society (PYES) to educate the local youth. He worked hard to win the trust of conservative families who were hesitant to let their kids study. As the number grew to 50, classes had to be shifted to rented cattle sheds. Later, PYES purchased a bus to locate poorest of poor kids from remote villages who were eager to learn but had no means of support.

As news of his work spread, donations began to trickle in from friends and well-wishers from India and abroad. With a generous grant of Rs. 5 lakhs from UB40, a British band, Swamy bought a piece of land to raise a building that now houses the PYDS school. From 5 lakhs rupees the corpus grew to 35 lakhs when Nagesh, a businessman-friend of Swamys pitched in. In 2006, the school changed from an “after school help” to a “full-fledged school”.

No homework, at fee free school

This CBSE-affiliated school today accommodates 435 first generation learners from humble backgrounds. There are hostel facilities for 60 girls and 28 boys. “Hostel was an essential requirement as poverty, discrimination, gender bias and lack of infrastructure often diverts attention of students from studies,” says Harvant Singh, the school Principal. PYDS scholarship covers academics, nutritious food and co-scholastic expenses.  Neelam, one of the parents at PYDS agrees when she says, “I was so helpless that I was not able to educate and feed my child. PYDS made our life. The school is giving everything for the growth of my child, from free academics, meals to clothes.”

Unlike regular schools, the school works 10 hours each day (7.30 am to 5.30 pm), 6 days a week and doesn’t burden children with homework. The academic life is very rigorous and children don’t carry bags to school, which provides shelves for each student to keep their belongings.

One captivating feature is that children speak fluent English. Recently Prachi Pundir, daughter of a marginal farmer, returned from the US after finishing Kennedy-Lugar Youth Exchange and Study Scholarship. She recollects the days when she joined Class 4. “I was overly shy. Until I reached PYDS, I never played any game or stepped out of my village. We were trained to deliberately talk in English, no matter your grammar is good or bad,” says Prachi, now a Class 11 student.

In every class, teachers instil the habit of reading by encouraging students to read at least two books every month, maintaining a record. The rule is, you cannot start a book without a review by the teacher.

“We have adopted pedagogy from across the world. We focus on realistic mathematics for arithmetic, synthetic phonics for languages, inquiry-based learning for science and ongoing discourse for social studies,” says Herwant.   The school also adopts novel methods to retain the attention span of children. “We closely focus on children’s attention span. When you engage them in activity, you draw their attention back to the class,” says teacher-mentor Arjun Lal, erstwhile research scholar from Azim Premji Foundation and an active member of ‘Teach for India’.

The teaching-learning process is experiential with a 5-step approach based on X-Seed programme worth Rs. 18 lakhs, which came free of cost through sponsorship. The curriculum incorporated Learnometer, an XSEED proprietary tool that helps measure the performance of a school along a set of variables; Australian Council for Educational Research-ACER that deal only with IB school also gave PYDS access.

To ensure the physical fitness of students, PYDS has volleyball, basketball and badminton courts. There is also a yoga hall plus dance and music rooms to cater to spiritual and cultural needs.