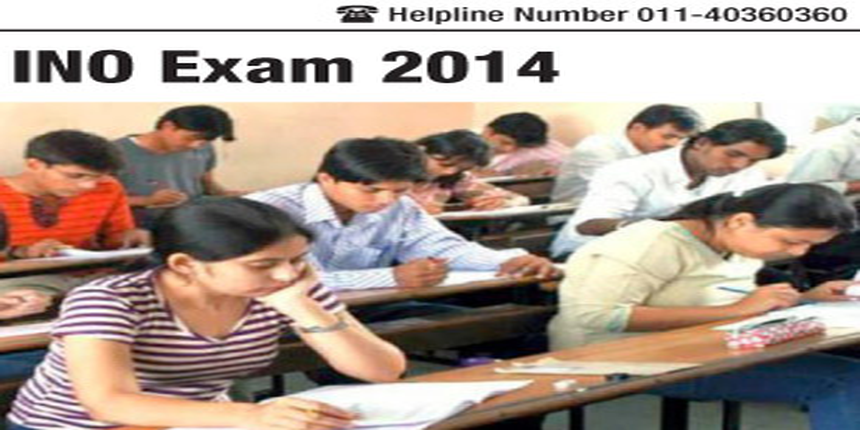 About: The Indian National Olympiad is conducted under the aegis of Homi Bhabha Centre for Science Education (HBCSE) and is a way to became eligible for International Olympiads. The Olympiad program in Physics, Chemistry, Biology, Astronomy and Junior Science is a five stage process for each subject separately. The first stage of Indian National Olympiad is NSE (National Standard Examination) which is held for each subject and is overseen and organized entirely by the Indian Association of Physics Teachers (IAPT); however, all the remaining four stages are conducted by HBCSE. The Five stages are:

The INO 2014 Selection Procedure five stage test is conducted separately for each subject, known as,

INO 2014 Selection Procedure: The first stage of the selection procedure for this Olympiad is called as National Standard Examination (NSE), which is organized by IAPT for all the five subjects- Physics, Chemistry, Biology, Junior Science and Astronomy. All aspiring senior secondary students must first enroll for NSE, held at number of centers’ across country as it is an admissible stage for INO examinations.

After qualifying the NSE with Minimum Admissible Score (MAS), students are eligible for the second stage which is Indian National Olympiad examinations (INOs). The number of students selected for this stage in each subject is 300. This Selection Procedure for INO is same for all the five subjects- Physics, Chemistry, Biology, Junior Science and Astronomy. Once the student’s clear stage-II they are selected for Stage-III and further, depending on the scores they achieve at each stage.

After the selection of the teams at OCSC, the selected students are given trainings to compete at the International level Olympiads.

INO Exam Pattern 2014: The Exam Pattern for INO is similar to that of NSE (Physics, Chemistry, Biology, Junior Science and Astronomy).

INPhO: Duration 3 hours, the syllabus for INPhO is broadly similar to NSEP, which consists of 50 multiple choice questions.

INChO: Duration 3 hours, the syllabus for INChO is broadly similar to NSEC. The question paper consists of 80 multiple choice questions.

INBO: Duration 3 hours, the syllabus for INBO is broadly similar to NSEB. The question paper consists of 80 multiple choice questions.

INAO: Duration 3 hours, the syllabus for INAO is broadly similar to the NSEA. The question paper consists of 80 multiple choice questions.

INJSO: Duration 3 hours, the syllabus for INJSO is broadly similar to the NSEJS. The question paper consists of 80 multiple choice questions.

The NSE syllabus is mostly similar to the senior secondary level (Class XI and Class XII) of CBSE. Below is a rough guideline for NSE/INO Exam pattern.

INO 2014 Result: The results for each subject are notified on the official website after the last stage of the Olympiad examination is over. The result announcement might take a long period, as the procedure itself is lengthy.

INO 2014 Sample Paper: The Sample papers provide guidance to the students about the exam pattern, markings and type of questions that can be covered and practiced.

Stay tuned to careers360.com for more news and updates on INO Exam