Freedom to learn the way one wants to 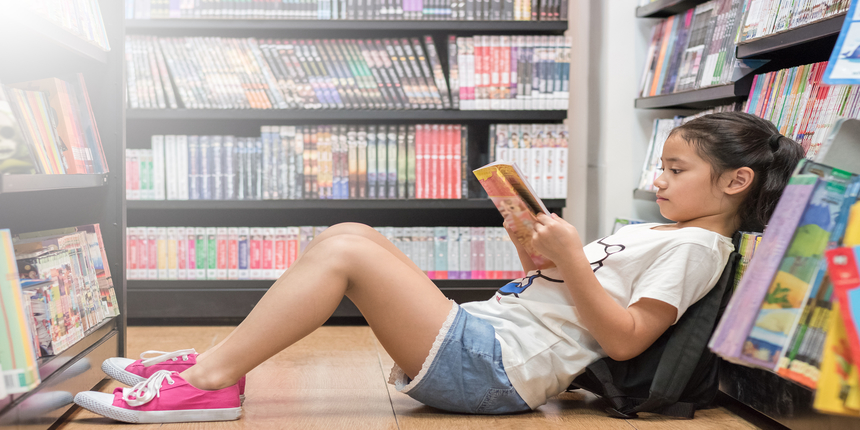 When Aanchal Gaur’s son Aarav joined Class 3 at a regular CBSE school, she found him inundated with academic pressures. “Suddenly, he had regular tests and lots of homework. Everything became curriculum-heavy and there was a lot of focus on writing.

“Aarav has a short attention span and he doesn’t like writing, so ensuring that he kept up with school work was stressing out all of us.”

That’s when she decided to switch her son to Kunskapsskolan, a Swedish school with an alternative approach to education in Gurgaon. “I began to inquire with colleagues at office and found that many of them had admitted their children to this school. So, we went there, attended their orientation to understand their approach and admitted Aarav this April.”

Much like Aanchal, a growing tribe of parents across the country are placing their children in various alternative modes of education, ranging from home-schooling to schools affiliated to education formats pioneered by national stalwarts such as Jiddu Krishnamurti and Sri Aurobindo and the Mother. Various international formats such as Montessori and Steiner/Waldorf have also gained much ground.

Exposure to different education choices and a desire to free their children from a burdensome education are often cited as reasons behind this.

In the book, Alternative Schooling in India, published in 2007, Sarojini Vittachi has identified a few defining characteristics of alternate schools. These include a child-focused, individualised approach to education, that is experiential and interest-based, a small class size (not more than 30 students), cross-linking of disciplines to enable a child to see connections between different subjects and evaluation methods that do not always rely on comprehension tests and examinations to measure learning outcomes.

Noted educationist MR Raghavan, who is also the inventor of the teaching method Quad Seek, says, “We are not teaching anything different. We are only trying to go back to basics and teach the same content, keeping the child as a centre of focus and using the natural process of learning in our teaching methods, so that the child can assimilate things easily and start enjoying learning rather than getting burdened by it. Every child has a different bias and strength and likes to learn as per this bias. Our teaching method gives each child the freedom to learn the way he/she would like.”

Rahul Desai, Director of the Lumens School at Vapi, corroborates, “We have about 26 children per class and our method, Quad Seek, is designed to teach them in small groups of three to four kids with similar interest and capabilities in a subject. This allows a teacher to know each child’s strengths, natural approach to learning and assess them on a given topic through discussions and worksheets every month. The outcomes of these assessments are used by the teachers to revise the topic differently with each child as per the need.”

Within a few months, Aanchal has found a visible difference in her son as well as their home. “We are no longer burdened by Aarav’s studies. There is no homework as everything is done in school. Once a week, his notebooks are sent home for us to see his progress at school. There is also a logbook keeping track of his classwork. He has become a lot more cheerful and vocal about what he’s learning. His social skills have also improved.”

While most parents appear to be satisfied with the alternative schooling of their children, doubts and concerns continue to plague the system in India. Affordability and mainstream affiliation are the major questions in the minds of many parents considering this option. Education Counsellor Swati Salunkhe elucidates, “Very often alternative schools are beyond the reach of middle-income parents in India. There is also a concern around studies, especially in the higher grades, when parents want their children to get into the mainstream, appear for board exams, entrance exams and get into colleges in India which continue to follow traditional approaches to education.”

Speaking of affordability, Rahul Desai says, “Somewhere, such schooling does get little expensive due to investment required in continuous coaching of teachers as well as other tools and facilities required to bring about an all-round development of a child, including music, art, sports etc. Generally, people at the higher end of the financial spectrum are more mentally prepared to try something unconventional and show interest in alternatives.”

It’s interesting to note that formats of alternative education have succeeded in some of the remotest and poorest districts of India. For instance, MR and Aruna Raghavan started Shikshayatan, an extremely successful alternative school in Arasavanangadu, a tiny village in Tiruvarur district of Tamil Nadu, that provides free education, using the Quad Seek method, to underprivileged children till class eight. After this, more than 70 percent of the children, who go on to join other schools, score greater than 80 percent in their high school diplomas. “We are attempting to pioneer a way of thinking that can work within any existing board to bring in awareness that such excellence is both possible and necessary.”

Although there is a dearth in official statistics, most children pursuing alternate education do appear for their board exams eventually. They appear for exams either through the National Institute of Open Schooling (NIOS) or opt for international boards such as IGCSE and IB. Several schools, such as Rishi Valley and Kunskapsskolan, also follow an alternative methodology but remain affiliated to mainstream boards.

Hence, those parents who are keen on admitting their children into an alternative system should make necessary inquiries about the teaching methodology at schools and speak to existing parents as well as alumni.