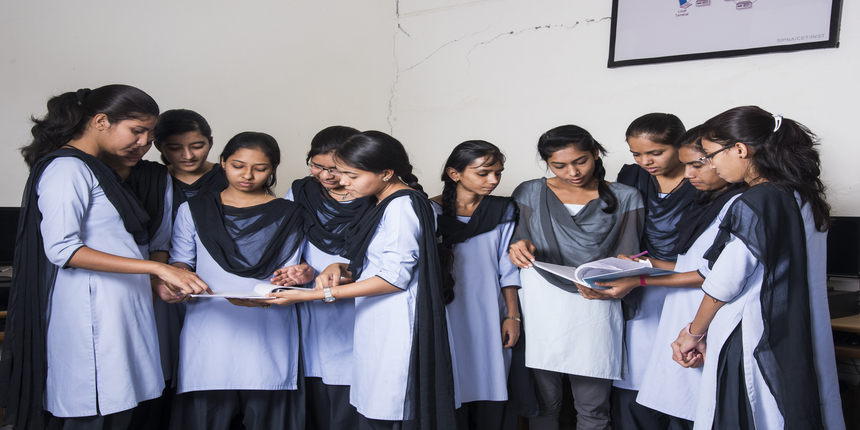 CBSE’s decision to change its exam pattern from 2020 shows its willingness to change with time. This step has been welcomed by the school fraternity…

In order to prepare the students for a demanding future, the Central Board of Secondary Education (CBSE) is planning to change its exam pattern from 2020. The idea is to make the students future ready by assessing them on their analytical abilities, rather than rote learning. This push to change the exam pattern aims to curb the rote learning, which is the order of the day for a majority of Indian school students.

If everything goes according to plan, then tests for vocational subjects such as information technology, automobile technology, beauty and wellness and many other subjects will take place in February.

The decision to revamp CBSE exam pattern has been hailed as the game-changing move. “In my opinion, it is quite a good move by the CBSE since there has been a paradigm shift in the field of education all around the world. Today, in most countries, more emphasis is given towards developing 21st-century skills and competencies rather than rote learning,” says Ambrish Singh, Head of Academics, Sela Qui International School, Dehradun.

The old always makes way for the new, and this is exactly what CBSE plans to do. “The present curriculum which we are following at CBSE is based on National Curriculum Framework 2005 and it is quite old. I feel that we should welcome the change in curriculum CBSE is trying to implement. Topics which are not relevant in today’s time should be omitted from the curriculum. So yes, we should welcome the steps taken by the HRD Ministry and CBSE,” says Manoj Bajpai, Principal, Medi-Caps International School, Indore.

The period starting right from Pre-boards, through boards and the competitive exam is about 5-6 months. Maintaining the optimum level of academic momentum throughout these months is quite strenuous for the students. “Presently, the exam schedule for board exams takes approximately 45 days, which is a long time for young students to keep up the momentum throughout. During the same period, they are also preparing for competitive exams and pre-admission college modalities. Conducting the exams in two phases – February for vocational subjects and 15 days of March for main subjects will bring down the stress for students. Under the new scheme, results which are usually declared by May end, will be declared by early May. This will give the students the crucial 20-25 days to plan out and decide the next course of study,” says Sunila Athley, Principal, Amity International School, Vasundhara, Ghaziabad.

There is also a change in paper pattern from content-based questioning to problem-solving questions. “Problem-solving questions that require critical analytical abilities were initiated by the CBSE a few years ago when students were assessed on High Order Thinking Skills which incorporated 8-10 percent of the question paper. Now that the quantum of such questions would increase, this paradigm shift will bridge the gap between school and college levels,” informed Sunila Athley.

The biggest change that has been proposed is the preponement of exams for vocational subjects in February. “Unless the society and the employment market does not give due recognition to such courses of study, the number of students opting for mainstream subjects will keep on swelling. The exam that assesses a child’s critical and analytical skills might have a reverse reaction, stress among the students will increase and the gap between the above and below average student will also increase,” says Sunila Athley.

Our education system needs to cater to this huge group of students who will be educated, but not employable. “Involving state and local officials in affiliation process may not resolve the present concerns. Such organisations are ill-equipped to realise the educational needs of a nation that is at the crossroads of economic progress and social reforms. Schools might also find it difficult to adjust to this change since the onus of accountability is not clearly defined,” says Sunila Athley.

The tendency to resist the change is another challenge, which is a cause for concern. “Those who are acquainted with the old system, they might try to oppose the change. This is definitely going to take place. But then at the same time, the new generation of teachers which is coming up is ready to accept the challenges and the changes,” says Manoj Bajpai.

Teacher training is another important aspect which needs to be catered to. It needs to get revamped and has to be done well in advance before incorporating the new changes. “Teacher training colleges and their curriculum will also have to be revamped for teachers to tackle these changes in the classroom and ensure standardization. Such sweeping changes in such a short time in a diverse country like ours which caters to almost 28 lakh students requires extensive discussions on various levels,” says Sunila Athley.

The change in the curriculum and the exam pattern can be quite effective if implemented in a proper manner. “It would be quite effective in the longer run as we have to prepare students for future challenges and roles which would require more of analytical, critical thinking and problem-solving skills rather than just knowledge of the required field. Undoubtedly, to achieve the desired outcome, the teachers will have to change their teaching techniques and focus more on activity and skill-based teaching and learning,” said Ambrish Singh.

What needs to be done?

Even though this is a step in the right direction, there is still a lot which needs to be done in order to make it a successful transition. “Before implementing the changes CBSE must consult with eminent educationists, renowned principals, teachers and scholars. There should be a survey of schools to get their opinion in this regard. CBSE should also carry out an analysis and collate the reasons due to which the CCE (Continuous and Comprehensive Evaluation) pattern failed and then think of bringing about the new changes,” said Ambrish Singh.