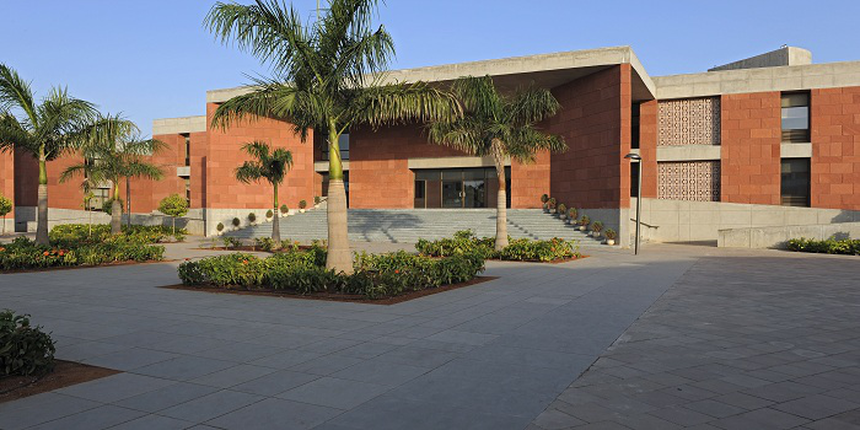 At The Aga Khan Academy, students don’t come to the campus for admission. The school goes out to find its future students. Scouts go around the country looking for talent hiding even in the remotest places. Once they find “gifted students”, they are admitted to the school, irrespective of their ability to pay the fees. The school officials are always joined in their efforts by grassroot not-for-profit organisations working in various states.

“It is easy to identify performance, but it is very important to find giftedness,” says Imran Bandeali, the Head of Admissions at The Aga Khan Academy, situated on the outksirts of Hyderabad. A year ago, he found a boy in Muzaffarnagar district of Bihar while on talent scouting. “I had to give him a math test in Hindi because he didn’t understand the words ‘addition’ and ‘subtraction’,” says Bandeali. “We selected him and after a year on the campus he doesn’t have any trouble communicating in English,” he adds.

According to the Head of Admissions, as much as 56% of the school’s students are on financial support varying between “25% and 125%”. “The 125% means we also provide for money to buy laptops for students, and transportation costs for their parents to come to the school for meetings with teachers,” he said. The Aga Khan, who laid the foundation stone of the school in 2006, laid out the academy’s vision: “At the heart of our conclusions is one, central conviction: the key to future progress in the developing world will be its ability to identify, to develop and to retain expert and effective home-grown leadership.”

The school is part of an integrated network of schools, known as the Aga Khan Academis, launched by the Aga Khan in 2000 under the Aga Khan Development Network. The first academy was started in Mombasa, Kenya, in 2003. Started in 2011 with 72 students, The Aga Khan Academy in Hyderabad is the second. A third was opened in Maputo, Mozambique, four years ago. The Aga Khan Academies aim to form 18 schools in 14 countries in Central and South Asia, Africa and the Middle East, to form a global learning community comprising 14,000 students and 2,000 teachers.

The Hyderabad school, which today has 650 students on its rolls, runs a full International Baccalaureate (IB) programme - primary, middle and diploma - from its 100-acre campus in Maheshwaram Mandal, 20 km from Hyderabad. The land was donated by the Andhra Pradesh government before the state was bifurcated. The school, an IB World School, continues its agreement with the present Telangana government, providing teachers’ training in government schools.

“We always had the support of being part of the Aga Khan Foundation,” says Aaron Jacob, the Academy’s Senior School Principal. “The Foundation has had a deep impact on the lives of so many people around the world,” adds Jacob, who identifies the school’s strength in its international curriculum and diversity on the campus. “We have an international curriculum with high standards. Also, we have children from various backgrounds co-habiting on the campus,” he says. “Our Diploma students not only join foreign universities, but we also prepare them to join Indian universities,” adds Jacob

The day-cum-boarding school has witnessed the passing out of five batches so far. This year, the school has 85 students in the first year of IBDP and 84 in the second year. “As much as 85 percent of our students got placements in foreign universities last year,” says Bandeali. Under a partnership with the Ontario government in Canada, ten school students get full scholarships to study in Canada every year.

The students who pass out also give back to the community.  “One of our students, who went to study in Ontario, set up a library for children in a village in Warangal district of Telangana,” says Bamdeali. “When we take in students from poor families in rural areas, it not only helps the students, but their family and communities,” he adds.

The giving back begins on the campus itself. When a school student from Maharashtra, the daughter of an autorickshaw driver, wanted to buy an iPad that she couldn’t afford, a classmate from a rich family in Telangana came to her help. “The student not only ensured her friend got the iPad, but she told us to keep the donor’s identiy secret,” says Bandeali. During the summer break, the senior students head for a five-week internship with the 52 NGOs the school has identified across the country. “When they pass out, they not only have a diploma, but work experience too,” says Bandeali.

The school also admits students directly, but they also have to go through a talent assessment, which consists of a non-verbal test and a general ability assessment. For students selected with a scholarship, a background assessment and financial verification are done before they are admitted to the school. Every academy has a professional development centre to create new teachers of the highest standards.

Ambassadors of the Academy

The highest standards in education provided to its students by The Aga Khan Academy is also visible on the FIFA-standard football ground on the school’s sprawling campus. on the outskirts of Hyderabad.