Nahar International School, Mumbai believes in child-centric pedagogy and has moulded its teaching based on a “strong value system”. The school also believes that parents play a big role in developing the global citizens of the 21st century. Read about the coveted school in detail below.

On the wall outside the Principal’s office at the Nahar International School is a framed slogan. “For to be free is not merely to cast off one’s chains, but to live in a way that respects and enhances the freedom of others.” The words from anti-Apartheid icon Nelson Mandela are one of the many quotes from international leaders that are placed prominently on the school’s walls. On Principal Vandana Arora’s door is another, this time by American poet Robert Frost: “I am not a teacher. But an awakener.” 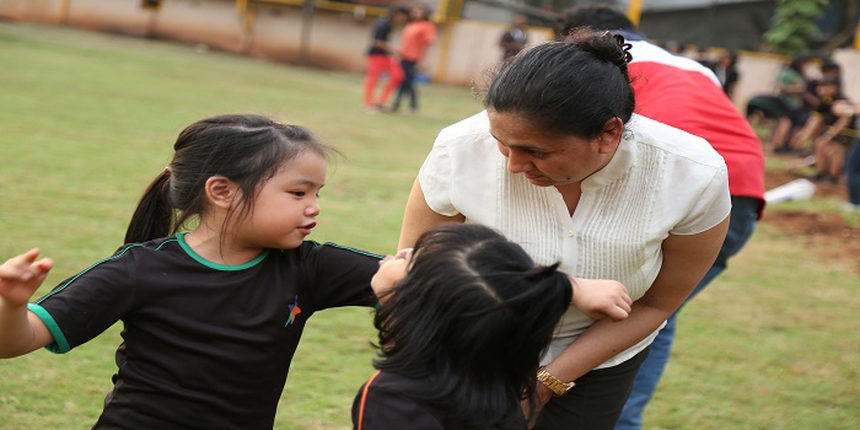 “We are not a system-centric school. We are a child-centric school,” explains Arora. What are your dreams? This is the question posed to the children aiming to sit in the classrooms of the Nahar International School. The school, founded in 2012, has moulded its teaching based on a “strong value system”, as the Principal puts it. “Whatever our students learn, they use it to create a better world,” she says.

A 600-strong school, the Nahar International is one of the youngest institutions in the country running an International Baccalaureate (IB) programme. At present, there are a total of four students in the Diploma programme while the nursery to Class X is run on the Cambridge programme.

Before they study about India, the students learn to understand the school’s neighbourhood in Chandiveli, a cluster of upper middle class settlements in Mumbai. Then they move on to other parts of the city. The sense of geography and history is followed by a sense of responsibility. The school authorities connect the students with non-governmental organisations for this. The senior students go to municipal schools to teach Class IX and X. They teach the children in a storytelling way.

The school’s mission statement states that it is committed to developing socially responsible global citizens in a safe, creative and educationally challenging environment that encourages collaboration and the achievement of individual excellence through self-discovery. The Nahar International packs its objectives behind an eminent panel of experienced and well-respected professionals from diverse fields on its Advisory Council. The panel includes prominent citizens, industrialist Motilal Oswal, architect Hafeez Contractor, educationist Jairaj C Thacker, journalist-activist Urmila Roongta, bureaucrat A N Kale and banker Rajiv Sabharwal.

Parents play a big part in the school’s aim to develop “Global Citizens of the 21st Century” by exposing them to world issues and perspectives. Teachers have regular sessions with parents and the clear-cut message is: “Your effort and emotional connection is what your children need, not your material and money alone.”