Are you opting for International Baccalaureate? 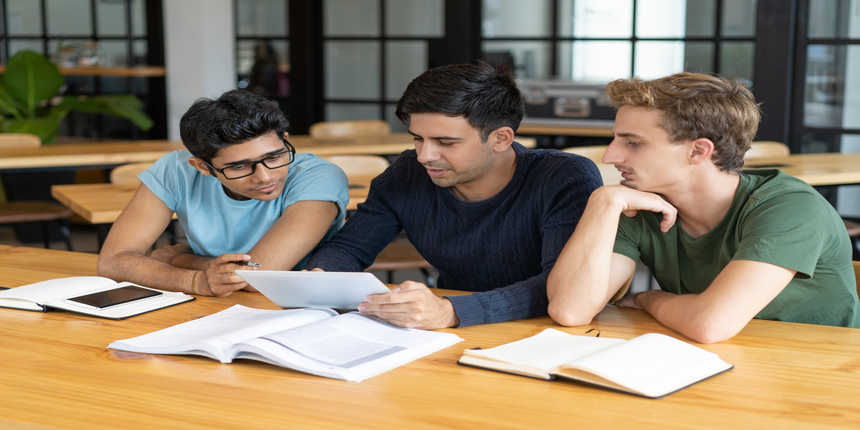 Here’s a low-down on all you need to know before opting for the hugely popular International Baccalaureate Diploma Programme (IBDP)...

Over the last decade, Switzerland’s International Baccalaureate (IB) programme has grown nearly tenfold in India with close to 150 schools affiliated to it. While some of them offer the continuum, which includes the Primary and the Middle Years Programme, a lot of schools offer the IB Diploma which is equivalent to Classes XI and XII in Indian boards.

Parameswaran Muralidharan, Vice Principal-International Curriculum at the Oakridge International School, Newton Campus, Hyderabad, says, “Today a number of Indians are going abroad for work and many NRIs are returning. This population is well aware of the strengths of an international education and want their kids to be exposed to it. A lot of them intend to send their children abroad for further studies and feel that the IB is a good gateway for this.”

While there is no doubt that the IB programme is a great choice for students, especially those heading overseas, it’s important to consider various factors, particularly for those who intend to stay back in India after pursuing the IBDP.

IB is a relatively expensive board, with average school fee across various states in India ranging from about a lakh of rupees to eight lakhs per annum. In some schools, it’s even higher. Hence, it’s important for students and parents to make an informed choice.

Many schools offer scholarships to meritorious students, especially in the higher classes, and interested parents can make inquiries about these.

IBDP offers an enticing array of subjects. So, if a particular subject is not your forte, but you want to study it you can choose to take it at the standard level. However, for students pursuing the diploma programme, it becomes especially important to carefully consider the subject combination keeping future choices in mind. For example, students keen on studying engineering or medicine should not drop maths and science.

Students intending to study medicine in India need to take all three sciences. Under the diploma programme, they can typically only take two sciences. So, they can either choose to take the additional science subject as an ‘extra’ certificate or they can apply for a non-regular IB diploma by opting for three sciences.

Apart from the subject choices they make, students at the diploma level also need to complete allocated hours for Creativity, Action and Service (CAS), write an Extended Essay and clear an additional module called Theory of Knowledge (TOK). These test the time-management, research and critical thinking abilities of students to a great degree.

“Students who have been through the IB programme from the middle or primary years are accustomed to the rigours of the curriculum. However, those who switch from a local board tend to struggle, especially during the initial weeks. This can be very challenging. But students enjoy themselves once they get a hang of it,” says Muralidharan.

Unlike the Cambridge Assessment International Education, which offers the A Levels, IB has not managed to shift its exams to March to coincide with other Indian boards. The exams held in May tend to clash with various entrance exams in India.

Education counsellor Viral Doshi opines, “If students are not busy applying to go overseas, then they have enough time to prepare for these entrance tests along with the IB curriculum and will be comfortable in taking them concurrently.”

Towards the end of the IBDP, students are given predicted scores based on their performance. These scores are used to seek provisional admission to universities overseas and in India, which is only confirmed once the final scores are released in July.

In the past, the inexperience of teachers often created problems with the accuracy of predicted scores. But today, this problem is not as common, owing to a growing pool of experienced teachers.

“IB results do not come out in the month of June when college admissions begin, and there could be a chance that your actual scores are not in line with your predicted scores, making admissions more of a problem. Delhi University, for example, does not recognize predicted scores,” says Doshi.

IB follows a grading system and students seeking admission to Indian universities need to ask their school for percentage equivalence.

Quite often, these students need to grapple with the astronomical percentage cut-offs at Indian universities. “IB measures learning outcomes qualitatively and not quantitatively. Hence, there is no concept of 100 percent in IB. Even the highest IB grade would convert to a percentage in the 90s,” say Muralidharan. Hence, Doshi recommends that students staying back should focus on colleges where admission is based on entrance tests.

The IBDP is a world-class education programme that not only moulds students academically but also imparts valuable life lessons. Although it is better integrated with university education overseas and a majority of students pursuing it head to foreign universities, in the last few years, a number of students are also choosing to stay back and study in India.